It was a common memory in most families. 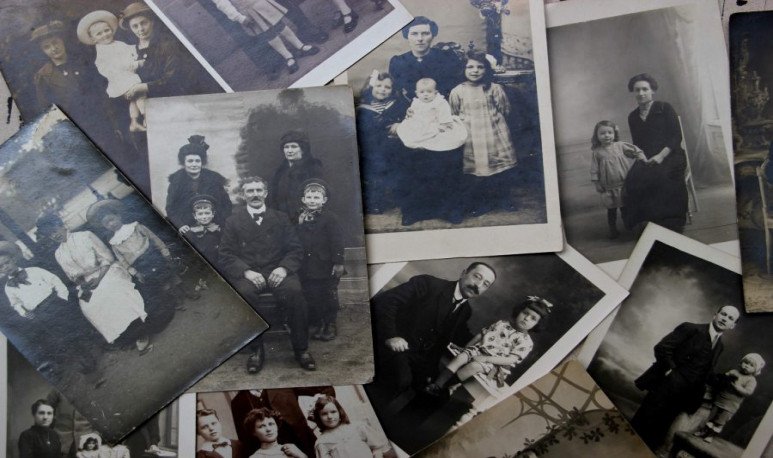 Family photo was a common souvenir in most  families .

In general, quality cameras were not available. The traditional drawer camera, fixed focus, for 8 photos of 6 x 9, was known to get modest photos, which integrated family memories: a birthday party, a picnic, vacation time, photo of the  pet  or a meeting of friends. But  the serious, professional photo was taken in a photo studio .

The photographer, according to the emerging situation,  prepared a stage  by placing certain moblage, according to the circumstances. If it was a family group, the head of family posed sitting; next door, his wife stood and the children, sitting on the floor or on cushions.

The poses were organized by the photographer, changing positions as one or more exhibitions.Everything happened in a small stage, which was properly lit with powerful lamps, which raised the ambient temperature, largely disturbing men, dressed in clothes heavy, hard neck and tie. This stage was sometimes not definitive, because the  photographer  warned when the photos were not good and it was necessary to repeat some shot. Again, the family group was daring like the first time in order to get the right photo. Before having the final photos, the photographer provided a sepia color copy of the material obtained.  The most accomplished ones were chosen and after one or two weeks, he handed the colored photos manually , in very soft colors or simply in black and white. They were the final photos. Dispose of them had taken more than two weeks.

These photos have been of excellent quality and have endured over time, constituting a valuable testimony to that  Buenos Aires yesterday.