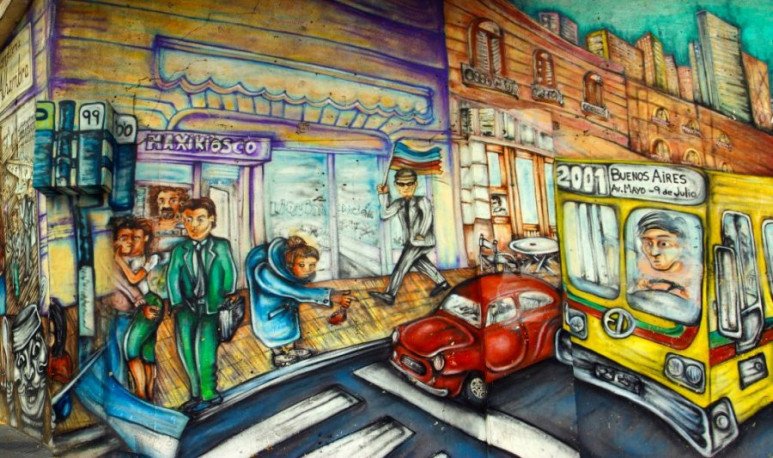 The collective usually integrates the list of “Argentine inventions” (along with dulce de leche, by pass and birome) that swarm everywhere when talking about national inventiveness. And it is undoubtedly the one I like most, for several reasons. First, I can't believe anyone ever thought of it before, and those are the best inventions, which, so simple, seem impossible that they haven't been invented. At the end of the day, let's go: it's a large car that does a fixed route and charges small amounts to anyone who wants to get on and off at any point on the route. I don't understand how the Romans didn't have a collective. In fact, for me they had, and here we canute the evidence to say that we invented it.

Secondly, it is one of my favorite inventions because it does virtue of the lack: we don't have a handle, we can't take a taxi: no problem. Let's get everyone we're going to the same place, put a few coins each and go. It's like an organized, institutionalized vaquita, in which the one who is responsible for collecting the twine is, when not, the owner of the bondi.

And finally, I love the collective because of the idea of the common good it preaches, of socialism, of “if we organize we all travel”. Union makes strength, but sometimes Argentines seem to forget about that... and there is the collective to refresh our memory.