Santa Fe has almost no cobblestone streets. They were a work of great quality, but the practicality of the asphalt made them disappear. 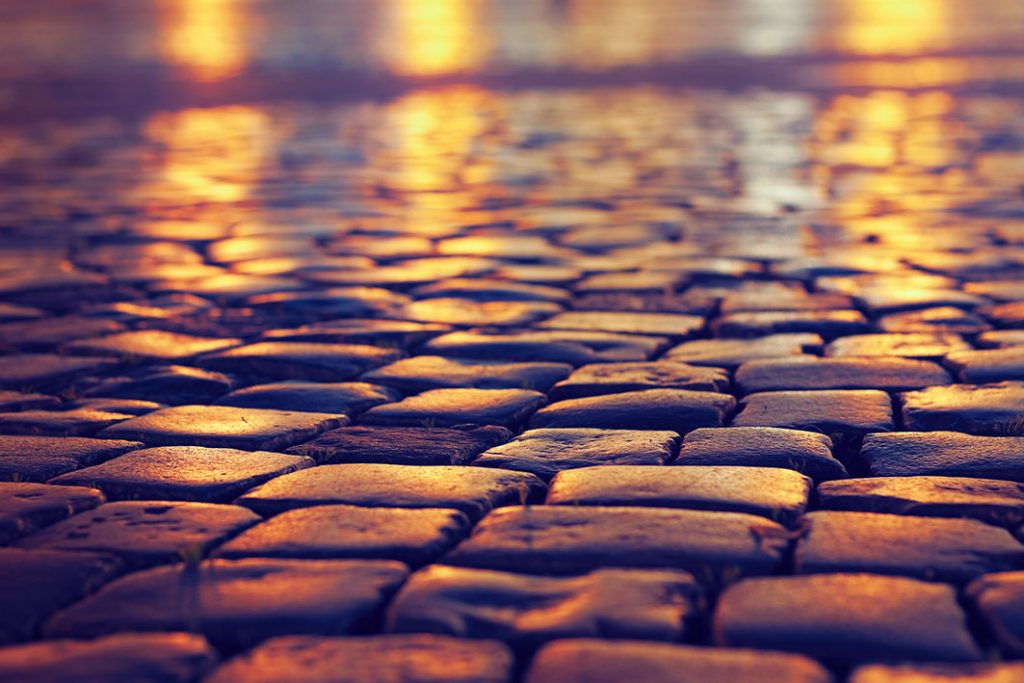 They endured the climatic rigors of decades. Also the rattling of cars and  trams . They covered themselves with the oily patina of fuel from cars, trucks and hundreds of  collectives . In addition, over the years, constructions, modifications and even various destructions were banked.

Today,  practically, there is no  cobblestone  pavement left   in the city  . Some little passengers lost in the central area, but not much more. Gradually, the  asphalt  gained space and covered all the streets of the city. The streets that are paved, of course, are not all.

Inside these solid stones  lies a lot of  history  . We tell you a little bit, and when you cross one of the last cobblestone pieces of  Santa Fe , you'll remember this note.

With 30 years left until the end of the 18th century,  the  Cabildo    santafesino   ordered stones to be brought from the    island Martin Garcia   to cover some streets. The choice had to do with the origin of the place: the island is a rocky ensemble of the Brasilia Massif, whose age is estimated in millions years. With them, the first  cobblestones were assembled. But in the middle of the 19th century the origin of the cobblestones changed: they came from Great Britain (they came from quarries in Ireland and Wales) as a ballast for ships that then brought grain to Europe. Those pieces were made of a  solid and compact  stone that was placed on a bed of earth and sand. But its high cost made it possible to think of cheaper options. Then he turned to Martin Garcia's. At the beginning of the 20th century thousands of tons of cobblestones came from there to cover the city's many dirt streets.

The production was  carried out by specialized people  (Italian immigrants predominated, although many  Spaniards  and Yugoslavs later joined) who endured hard working days. Daily production ranged from 900 to 1000 pieces

The square of the neighborhood

A former combatant who is already resting in peace

Football and politics in the 40s

Talent at the service of the pandemic

From Cordoba to Japan

A Rosal in Argentine Poetry