The canillita is a guy who at 4 AM is out in the open or in the kiosk waiting for the daily diaries. 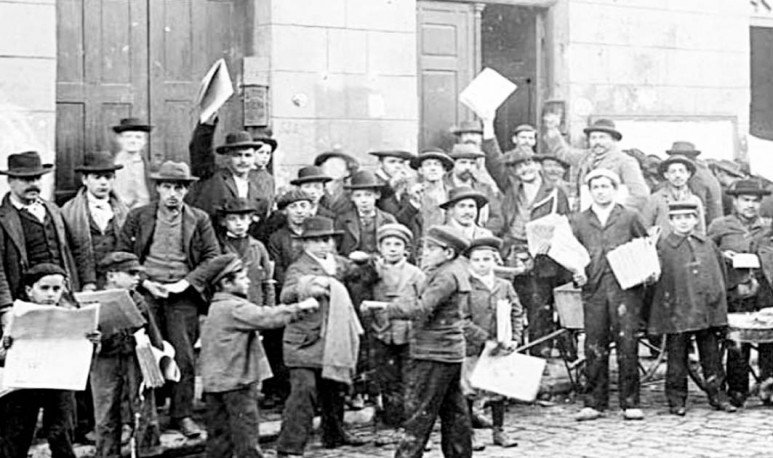 If there's a trade I like, it's  the canillita . Hollywood led us to believe that newspapers come out 5 cents and sell them on the street poor  children  dressed in semi-ragged clothes who wear a dirty beret of gray fabric, which yell (nice word to mean”scream”) the most important titles, which are always sensationalist. Well, but no. This will have been the precarious newspaper salesmen (and children, a labor lawyer would feast on this idea) in England at the beginning of the 20th century, as if they had come straight out of a Dickens tale.

But the canillita, in fact, is a guy who at 4 AM is out in the open (or stuck in his metal bucket called, very generously, “kiosk”) waiting for the cast to bring him the daily diaries and then accommodate them (he usually received the supplements and  magazines  the day before) and put together, by hand, one by one, the diary that each client likes to read. Once that is finished, the second part of the work begins, the most physical, the heaviest, which consists of going house to house, department by department, leaving the packages on the floor if your appreciation for aesthetics is precarious, making a roll and hooking them between the latch and the wall if it is a lover of forms.

In times of online and post-truth newspapers and fake news, the canillita is, unfortunately, a trade that tends to disappear.  From here goes my tribute  and thanks for so many Sundays lying in bed, surrounded by supplements and magazines, reading, from end to end, two different newspapers until 5 PM. I do not know if my love of  reading , in fact, is not a consequence of the work, unpayable, of the canilite friends.