When the first steps of tango sound, the comments and cries of the waiters were suspended for three minutes. 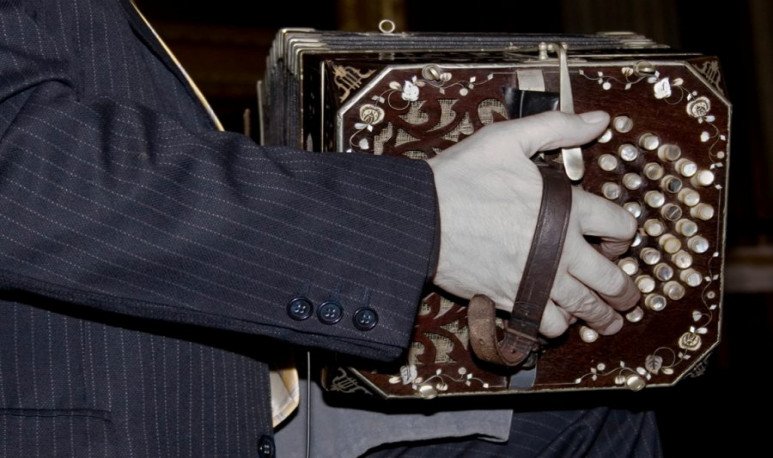 In evening or evening sessions,  tango  fans had the opportunity to enjoy the performances of  tango orchestras  while they were tasting a  coffee .

They were times where the turnout was all masculine, felt hats were worn, with a predominance of gray color; numerous hangers were distributed along the walls to hang them. A noteworthy note was the presence of a police officer in a corner, to ensure order.

The orchestra performed its tangos in a box, usually small, arranged to regulate height, which allowed it to be observed by all the concurrence, as well as by those who did not enter the premises, and we did it from the sidewalk, curioseando through the windows, for the small spaces that were they left the curtains yellowish white with wooden rings.

The box was made of wood, which was accessed by a small staircase. It was the place where the great ensembles of the Guardia Vieja and the Guardia Nueva stood out. Also the box was the place of the  coffee  most observed, when in the absence of the typical orchestra, in its replacement was the victrolera passing discs, with her tight clothes, black, crossing her legs, in times where fashion precisely covered them.

The atmosphere inside the  coffee  was flooded by  cigarette  smoke and  cigars , added to the full range of sounds coming from the attendees and cries of the waiters, when ordering orders. When the first steps of tango sound, the comments and cries of the waiters were suspended for three minutes.  Tango  was there lord and owner of the eyes and ears of the crowd. He listened to him and enjoyed it with passion in that Buenos Aires yesterday.