Home People Nostalgics Sportman: a coffee from yesterday and today

It has more than 80 years of history and several generations among its diners. This is the story of the mythical Sportman café in Mendoza. 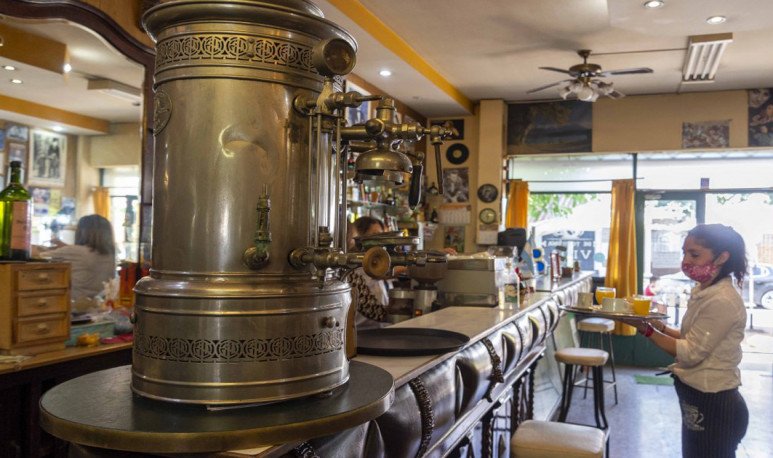 We must be located in  Villa Hipódromo, one of the districts of the department of  Godoy Cruz (Mendoza). It is located to the west, and its name is due to the fact that the Mendoza racecourse is located there. But, in addition to the space for horses, there are other mythical places in its streets.  Sportman cinema was inaugurated in 1920, while in 1938, the Zamora family did the same, opening the mythical café — bar with the same name, Sportman.   It is on Calle Pellegrini, managed by Jorgelina Zamora, granddaughter of the founder, Don Alberto.

The area knew how to be the meeting, dispersion and entertainment point for hundreds of Mendoza every day. In just two blocks, with the famous Paso de Los Andes Street as the backbone, the cinema and Sportman bar were gathered  on Calle Pellegrini. Actually, it was quite a gastronomic and entertainment center, because these two places, in the area were added the racecourse and the Cabezas bar , so people used to parade from one place to the other. Today, the cinema and bar are part of a supermarket and its parking lot. 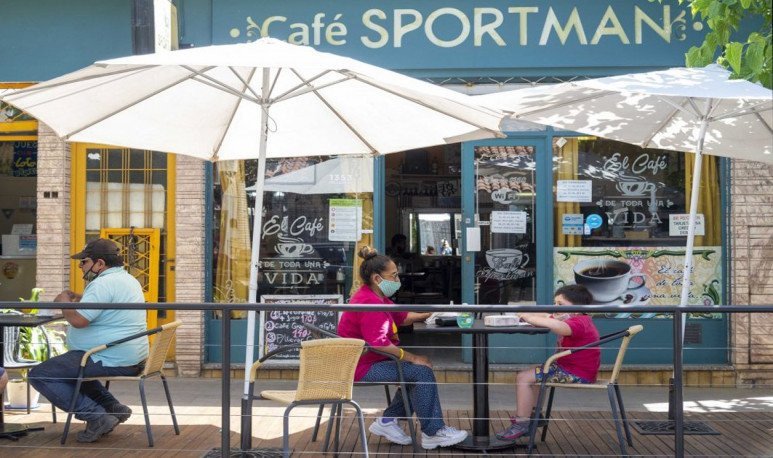 Jorgelina Zamora carries out the third generation of the family business, breaking with that old saying that this is the generation that destroys the  company. The bar is on foot despite crises, earthquakes and pandemic. Originally, the place had two black and white tiled rooms, chess style. In one were the tables, chairs and the bar. It was the space to chat, have a coffee and some drinks, and get a little cheerful. On the other hand, the second was lent to entertainment and recreational activities.  Screams, celebrations and laments rumbled on its walls. It was also heard the blow of the balls, the fall of the projectile and the music. This means billiards, toad and   rocola  , typical elements of the time. There was also a victrola, which in the 1985 earthquake suffered the rupture of the horn cone.

Over the years, Don Alberto became ill and could no longer sustain the business. It was time to take care of your children.  Among the three, Jorge was the one who took over. It is that their brothers and siblings were well located. Cholo had a pool and Coco was also in personal stuff. Anyway, Jorge didn't take it too gladly either. Actually, none of the brothers was called the business too much, in fact, Jorge studied dentistry . But he was the one who finally decided to take over.

Jorgelina remembers the moments when she accompanied her father, in the early days when she worked for him.  Mechanics, carpenters and workers in the area were the usual diners.   In times of football world championships, the place was filled, thanks to the television that Jorge put in the grand hall. 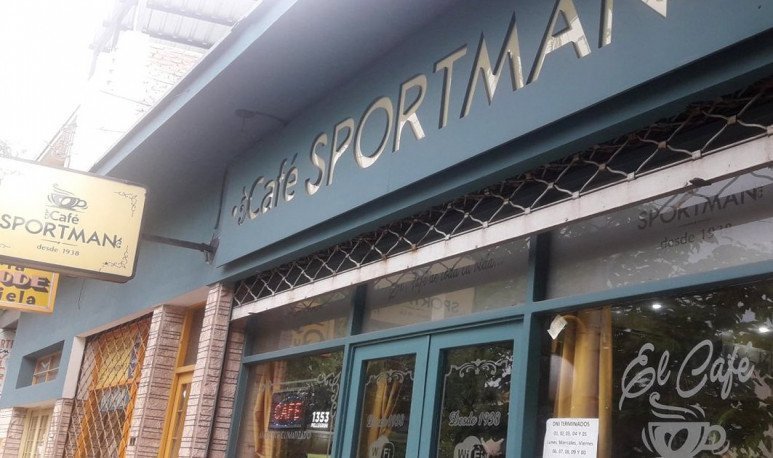 The tables and hallways of the Sportman cafe were used and visited by big celebrities. The “Gato” Daniel Oldrá, historic Mendoza football player and coach of Godoy Cruz was one of them. Victor “Swallow” Ruiz and Victor Legrotaglie are other people who took a half-hour cut. Los Enanitos Verdes guitarist Felipe Staiti and actor Adrián Sorrentino complete the payroll. As we can see, culture and sport starred and starred in the talks and tables of the Sportman café.