In Argentina, Father Catena is known as co-author of the Creole Mass. But in Santa Fe he is remembered for many other things. 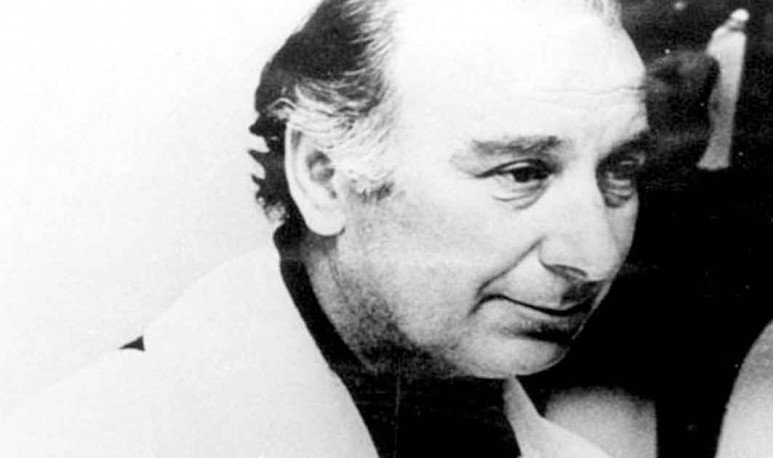 Just on the northwest border of the macro centro santafesino, begins a populous neighborhood, with the name  Villa del Parque.  This place, which was a hamlet with poor housing and very high levels of poverty, is today an organized neighborhood, with asphalt, health services, schools and an active neighborhood association. Its main street is named after  Padre Osvaldo Catena .

Who was this Father Catena is the question that gives rise to extensive answers.All of them eager to do justice as much as can be said of this priest.  The priest left in Santa Fe a transcendental and profound work.

Born in Mariano Saavedra, Santa Fe, in 1920 and into a family of humble Piedmontese, he grew up helping his parents in rural work. Already in his primary studies, he showed a great  interest in learning  and teaching, so at the end of school he was offered to teach in the lower grades, but already his vocation.by the priesthood he had marked it, so he entered the  Seminary of Guadeloupe .

The Santafesinos say that Father Catena “belongs to everyone”.  Surely the new generations will know him from his parents' stories and by the testimonies of works he has left and marked pastoral, educational and musical activity in our environment, transcending to the national level.

As a priest, he was summoned, as an expert in Liturgy, to participate as an advisor to the  Second Vatican Council,  which led him to devote himself fully to the renewal of the forms of worship. His choice for the poor and his direct contact with them from the  Parish of Christ the Workers also made him work to bring the Liturgy closer to the common  language  , to make it accessible to simpler man.

He wrote and participated in the writing of several books. He founded the  Christian Family Movement  and served as Chaplain of the College Our Lady of Calvary, which he permeated with a particular feature of commitment to reality, which still endures.

It was through  singing that was highlighted with fundamental actions, such as the organization of the School of Sacred Music, of a nationwide liturgical group “People of God” (which still continues in the diffusion of his music) and the founding of Choir “The Cantores del Cristo Obrero”. He is the author of many liturgical songwriters, such as “Glory to the Lord” and “One Hundred Psalms to sing”, which compile his creations and the adaptation of lyrics or music, by popular authors and cults and are still used in religious celebrations.

Also, as a musician, he joined and participated in the renovation of the  Instituto Superior de Música of the Universidad Nacional del Litoral.

When Ariel Ramírez prepares his  Misa Criolla , he receives the advice of Catena, which was publicly recognized and grateful as valuable collaboration by Ramirez himself, on numerous occasions, since there is no official record of it.

His real  commitment to the poor  led, from his precarious housing in Villa del Parque, to promote the creation of a  neighborhood association,  a nursery, a primary school and today there is also a technical school.

In the book  Father Catena: the people write their history , published in 1988, the testimonies of his life, his experiences and those of his friends abound to justify gratitude and admiration for this priest who, as a result of the defense of the persecuted and the social marginalized, also suffered,few marked by repression in the country, persecution and threats.

Precisely to safeguard him from these painful circumstances, he was ordered to leave the city of Santa Fe and, after staying for a while in the Abbey del Niño Dio in Victoria, he was sent to the Benedictine Monastery of  Los Toldos, Buenos Aires.  But his last destination was the Nuestra Señora del Carmen Church in Benito Juarez, where he continued his work in favor of the needy and that is why parishioners recognize him as a prophet. Many were the works he did there, from founding  twelve chapels , to building a whole neighborhood for solo people.

His death, which occurred in November 1986, provoked profound manifestations of pain and respect, from the paralysis of all kinds of activities in the area where he lived to  celebrations in his homage  in this city of Santa Fe, who will never forget the  “brother of all”  (as he used to call himself) and in which the name of a street in his old neighborhood is just a manifestation of the gratitude and devotion that his person inspires.