Nostalgia invades us when we walk through our gauchas roots and refresh the village traditions and times of yesteryear. In these postas, we can travel in time and heal old wounds. 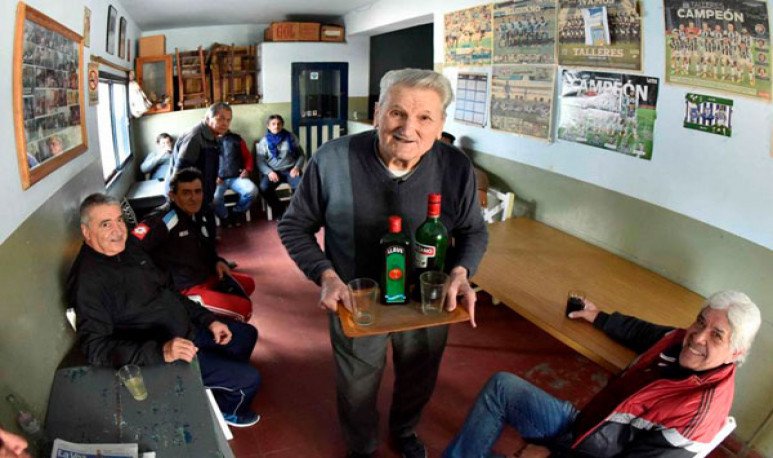 The pulperias  were establishments where history was forged . Thousands of iconic clashes, such as those of Martín Fierro and Juan Moreira, took place  within these types of places.   In addition to having  a place in our collective imaginary,  pulperías have  a place in our hearts.   Because they help us to reconcile and meet our ancestors. And they remind us  where argentinity comes from,  to invite us to ask ourselves, why not,  also where it is going.

Pulperias were for a long time  the social center of the humblest part of the population.  In general,  they were the meeting point    where the typical characters of each region met   to talk and update on the news . In these places, you could drink alcoholic beverages and also practiced  certain traditions of the time.  There were cockfights, dice, cards, pool and much more, always used to have  one or two guitars for gauchos to let their inspiration fly with the vihuela.  This instrument invited them to improvise, sing or even organize endless clowns and dances among the parishioners.

Today, the pulperías consolidate  as a place where we can   stop the clock and enjoy a good traditional glass.  Within these  3 Cordovan postas, we give flight to imagination and history,  connecting with our gaucho past.

It is a unique place for being  a 1727 colonial-style mansion that provides a feeling of unparalleled warmth, coupled with the friendly attention and exquisite flavors that its staff offers. Lo de Acevedo is one of the places  where you can taste excellent Creole cuisine:  fried empanadas, locro or lamb stew.  But also other dishes such as loin with pine mushroom sauce, pasta, homemade desserts such as cheese with cayote , and thousands more options. consolidates this place  as  one of the cuisines of history.   In addition, there is usually live music, to musicalize memories.

It is another place that  resist the passage of time .  Getting inside  is equivalent to going  back a couple of decades.  When the town was just a hamlet and began to populate, back in the 1950s,  its first customers were Baqueanos, producers and rural workers in the area.   In addition to preserving the warehouse, he held his fame for his “pot mondays”, in an area that is destined for a few tables and chairs. In this postcard from another time, they also have  a photo gallery that reflects the passage of the years.

In this transerrano town  there are still people who move on horseback through the dirt streets . In San Javier everything seeks to preserve  ancient traditions  to invite us to revive our Argentine past.  But there is one place that makes it  more evident and inevitable and it is this pulpery,  where ancestral passions are revived  and travels in time. Everything is mixed between English-style mansions and   adobe constructions.  The property is located  in front of the square, the heart of the village's life.  The pulperia has no official name, but  the owner is named Mario Giménez and was named 'Lo de Giménez'.  The countrymen, in bombachas and espadrilles,  take fernet with coca , because they are not only countrymen but also well Cordoba. Drinks and dishes are enjoyed next to a rocola. Inside the premises, there are bags of cereal, reins, bottles, meats and pizzas. The myth tells that Giménez is the one who gives the end point of the farra day.   The bad tongues say  that when he wants to close his warehouse he unplugged the rocola and comes out with a whip,  threatening anyone who resists  at the end of the party.

But these are not the only postas of memory. Nono and Villa del Totoral are also destinations that have  a potpourri of pulperias to know.

A generous country, never to the cuete