Home People Nostalgics Pilar: the village of the pianos

A Santafesina town had the first pianos factory on the continent. I knew his story. 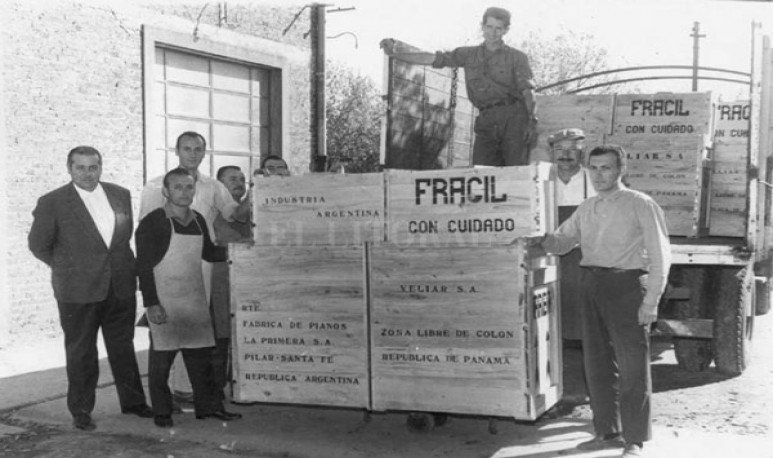 I must tire my readers by writing about what entrepreneurs they are in the Santafesina area populated by descendants of Piedmontese. The problem is that, every while, stories appear to tell that they put this identity mark back on the mat. Like Pilar's and its piano factory, pioneer in Latin America.

It turns out that, however entrepreneurs they may be, Pilar could not escape the phenomenon that every small town in the country suffered, and I'm talking about the moments when young people began to prioritize their academic training. The 1930s ended and  a commission composed of local leaders put on the table the need to open a factory.   The goal: to curb the migration of the younger population and simultaneously attract villagers.

It was so that the initiative to erect a piano factory arose. According to publications from yesteryear, Pilarenses  went to search the city of Santa Fe for a craftsman specialized in the construction of this instrument . His name was Jose Maria Alcayde.

At that time, steel was brought from Germany, the United States, France, and the special wood for the soundboards (from pine, came from Brazil), but the rest of the raw materials were manufactured in the country. iacute; s.”

Together with Alcayde  were European experts, a Spaniard, an Italian and a German . In 1940 the first pianos were produced, measuring 1.35 meters high. Then they manufacture 1.10 metre pianos that get exceptional acceptance in the Buenos Aires market.

By 1942 Alcayde was leaving entrepreneurship and is replaced by the Spaniard Francisco Santandreu, who was one of his collaborators. In the evolution of the factory, it is possible to design new models. 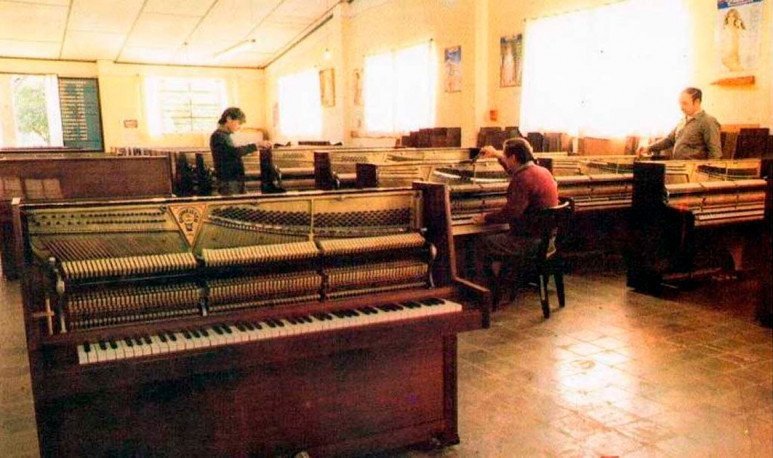 “La Primera”, precisely, was a pioneer factory in the South American level in the manufacture of pianos, all by hand. At their time of splendor  110 pianos were made per month and the staff at work reached 270.

From its inception, “La Primera” an extensive manufacturing process was carried out, ranging from the arrival of the various national and imported wood varieties to the finish. ; n and tuning of the instrument that came out of the plant ready to be executed. That's why it was unique in South America.

The factory had different sections: the thick carpentry; the blacksmithing where the matrix of pegs was made and the drilling of the frame; the assembly of the bridges and the harmonic box; the carpentry, the stringing where the piano bordonas were built, with the steel and copper, the veneer where the suit was put on wood and rearmed, in a sector.

Finished products, which required a complex work of many months and stages of assembly, assembly, tuning and testing,  were exported to the most renowned music houses in Europe . While, in Argentina, instruments were supplied to classic signatures of the category.

With the advent of technology production fell into disgrace.   Already in recent years, other things like furniture and cabinets for TVs began to be done at the firm, because pianos were selling less and less.

In the 50 years that remained open (closed in 1992), the company harvested (in addition to pianos, of course) and numerous anecdotes and experiences.

His former employees agree that  the time of the closing of the piano factory was a total bitterness.   But today, they are proud to be part of an exemplary history of entrepreneurism in the interior of Santa Fe.