The train of Santa Agnes worked until 1952, when the wood of mountain was replaced by that of eucalyptus. Once upon a time there was a train... 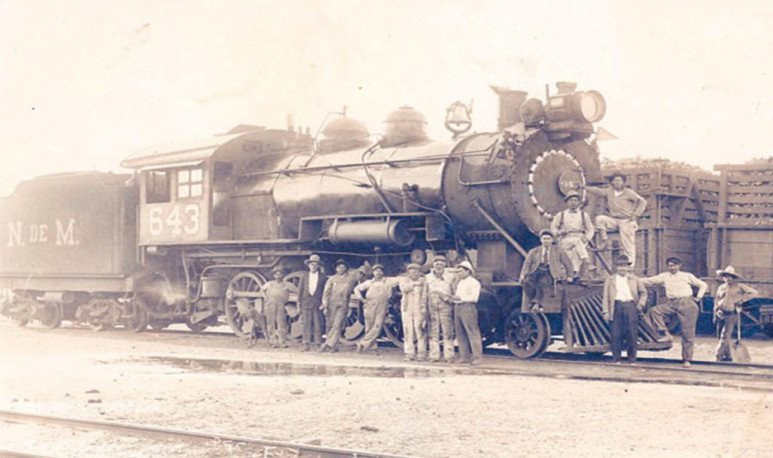 Trains are sensitive matter for missionaries and for all Argentines.  Since the Urquiza branch was closed, those of the  red land yearn  for the golden age of the railway.  There was a time when, in Misiones, everything revolved around some  train station. The rattling of the tracks, the white handkerchiefs farewell while the wagons moved away towards the inhospitable mountain. The letters and the news coming with every departure and coming of the train.

Today, the  railroad  is a reminder of a long time ago, a story that parents tell their children. And, as is the case with the nostalgia of life, the rails still persist there as mute witnesses of another era.

At the beginning of centuries, a Pedro Núñez bought 16,000 hectares of field, located 20 kilometers from  Posadas . He called this property with the name of his daughter, Estancia Santa Inés. Pedro Núñez was an innovator. He was the first yerba planter in the field area of Misiones. But he had a problem.  The drying of the product required a lot of firewood and the Estancia was far from the  mountain  , the only place where you could get the wood.

As the famous song says, Don Nunez had to get a lot of wood, from anywhere. It was just not to build a raft, but to produce  weed .  So, the determined stancier decided to make a railway line that would reach the nearest mountains . He began to build it in 1921, with rails brought from  Paraguay . Most of the railway material was moved from Garupá station to Santa Inés in carts.

In 1924, the train line reached the stream Pindapoy, passing on the routes coming from Buenos Aires. This demanded the construction of a solid bridge that was made of urunday and lapacho.

The first locomotive of this train was an explosion-engine machine.  The pawns named it Tarabé, which means' roach 'in Guarani . Probably it was their heavy appearance and its steamy march that suggested that name to the workers. Subsequently, a more powerful steam  locomotive  was acquired, capable of dragging a larger number of loaded wagons. Thus, the rails stretched 12 kilometers further, and Santa Agnes came to have 300 families living in the countryside.

Like many of the train stories, this one is destined to end. However, it was not thanks to the appearance of the  car  or government corruption, it was wood. The mountain train worked until 1952, when the wood of the mountain was replaced by that of eucalyptus.