Legend has it that it was not named after the Italian city, but Nápoli, a Buenos Aires restaurant located opposite Luna Park. 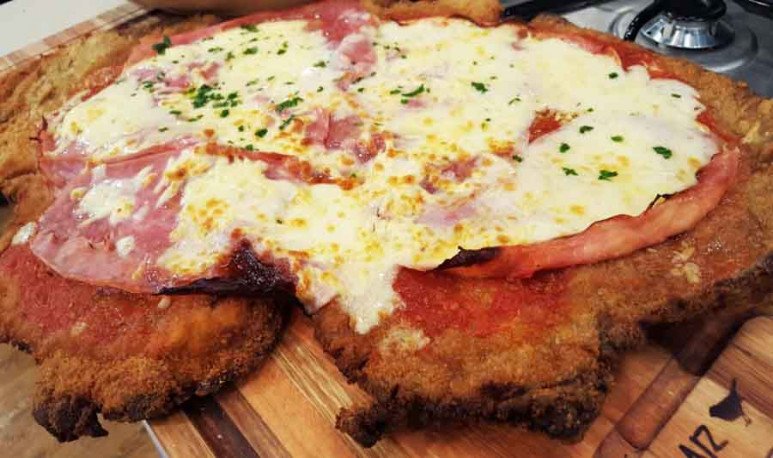 A  dish  made up of two people: we already had the milanese that our Italian grandparents had brought to these shores and we added our Argentinian touch here. Legend has it that the  Neapolitan Milanese    was not named after the Italian city, but  Napoli  , a Porteño restaurant located in front of the  Luna Park .

They say, too, that its origin was due to a successful mistake. During  the 1940s , one night a client arrived in  Nápoli  after the cook had left, and it was an assistant who had to cook him the last Milanese left in the restaurant. The result was not as expected: the milanese went over point and, to save the situation, they covered it with  tomato sauce, ham and cheese . The customer enjoyed their dish so much that they included it in the menu as a specialty of the house: the  milanese “a la  Neapolitan ” .

Other versions contradict the story of misfortune with luck, but what does it matter. The important thing is that the  Neapolitan Milanese  is the emblem of the Buenos Aires   still lifes   and the impossible love of anyone who wants to carry on a diet. Thus this dish, which mixes two Italian cities, is tradition, doom and pride of all Argentines.