After long months of struggle, Paraná was left without a traditional kindergarten that saw many generations go through its corners. 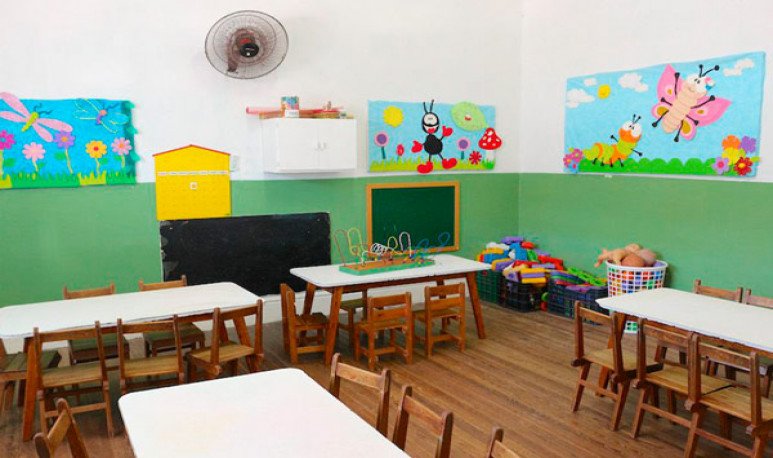 The beginning of the coronavirus  pandemic  not only swept people's routine of life, but also the  economy . So comes the point where  people's concern stops going through the contagion to become how to survive . In this sense, many businesses and enterprises were affected by preventive and compulsory social isolation (ASPO). Such was the case of the  Simba Maternal and Children's Garden in the capital entrerriana, an  institution that knew how to win the heart of the  community  . After a long career, the place  said goodbye in October for not having been able to cope with a crisis that does not give respite .

After the news was known, the Facebook of the garden began to populate  countless publications in tribute to shared moments . There, you could see  sweet images of  children   who traveled their first years under the shelter of the teachers of space. “With all the pain we have to give them the saddest news, unfortunately our dear Jardincito closes its  doors . We exhaust all instances, we tirelessly ask the authorities to allow us to resume activities, to give us a help to survive, but we reach the final stretch with great anguish in our hearts,” they said from Simba about it.

They also explained that despite all the effort and support provided by the community, they made it impossible for them to continue . It was seven long months of struggle to get ahead, although unfortunately they were not enough. “We feel immense pain, but we don't want to stop thanking them for all the love they gave us and their effort to continue to support this great family. Eternally grateful from the depths of our hearts,” the post sense continued. They also took the opportunity to express their gratitude to parents, teachers and children who were part of the 23 years traveled. Undoubtedly, it was  a strong blow to the Paranaenses  who trusted and let their little ones grow with the institution.

Anyway, the garden authorities left a path open for the future. They did so by expressing the longing for  an eventual return , when the difficult pandemic context culminates. Meanwhile, they asked the neighbors and parents to stand in solidarity with the signs they gave so much  love    throughout this time. In addition, they requested that they be taken into account in case any family group needs help with childcare.  “ A giant hug for each and hopefully we'll find each other again,” were the last words.

Although some activities were resumed in the city of Paraná,  the nursery gardens were the last to be enabled . The consequences of this meant that about 10 institutions in the capital had to close their doors . Simba added to the list of those who could not afford the expenses, forcing the distressing end of a stage. In this regard, Laura and Andrea, the owners of the place, confirmed the decision and regretted  the lack of responses from municipal and provincial authorities . Vital support to address the complications of the pandemic that impede the livelihoods of a large part of society.

The women remarked with regret that they did everything they could to continue to serve the community.  They even held fairs and used various resources for the purpose of raising funds . However, debts accumulated and, without State aid at the time, it became  an untenable dilemma . Thus, a squad of 8 ladies ran out of work and the Simba Garden family said goodbye to stay in memory.  Not without first leaving an important message: that I wish I was the last little garden to have to say goodbye.

The heroes of the pandemic

Theatre in times of pandemic