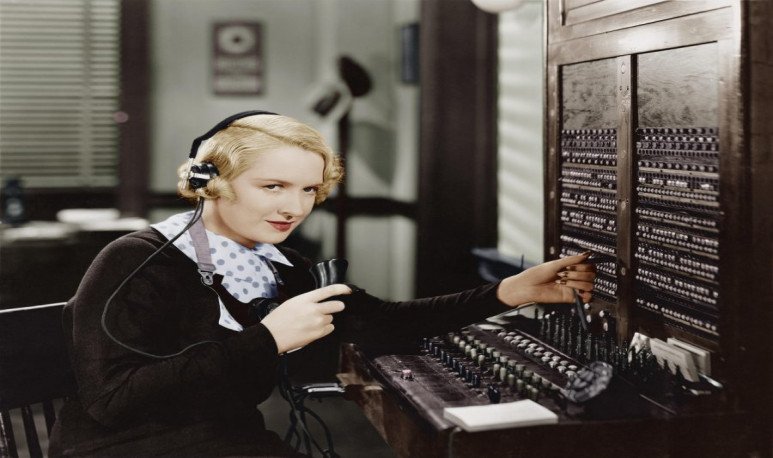 In the last century, making a long-distance phone call, was a more or less cumbersome procedure, depending on what kind of phone was made. There were 3 kinds of telephone: automatic dialing, the less common; operator-assisted and crank ones. In those assisted by operators until 18 hours, then replaced by operators, one unhung the headset and had to wait for it to be served. The operator said “number” and was given the characteristic and the number. After a waiting time, the characteristic sound of the call or the busy sound was heard. In the crank, it turned quickly, until the operator attended. But when it came to a long-distance call, everything was more complicated. Once the operator said “number,” she was answered “I want to make a long-distance call.” In response, he told us: “I communicate with the operator (long-distance)”. We were informing him the number where we were talking about and the destination number. After several minutes he said, “There's a 5 hour delay.” Then we had two options: accept, which was the usual, or refuse it by postponing the attempt. After an indeterminate wait, the bell rang and the operator or operator, confirmed our number and before our affirmative answer said “Talk”, and communication was established. Well, the term communication is optimistic. On many occasions, the voice was heard more and more distant, until it disappeared. Then it returned gradually increasing its intensity. It was an unbearable swing, motivating repetitions in both directions. The volume was very low. The cost of the call was high. The first 3 minutes, it was the basic boot rate and then, it was quoted for an additional minute. Usually, the conversations were short and the indispensable was talked about. Price and delays were deterrent to making these calls within the country. Calls to other countries were almost non-existent. Long distance phone calls were an unpredictable end adventure in that Argentina yesterday.

Shame is something else

That the professional does not cover the passion

You have to give it a hand