Home People Nostalgics The story of Patoruzú: secrets and curiosities of our first animated hero

Did you know that the name of the cartoon comes from a treat? Or that Quinterno was admired by Walt Disney? Find out everything in this note 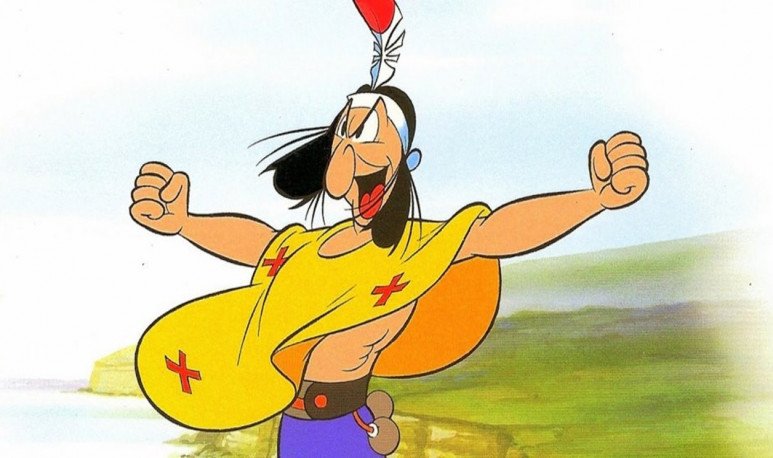 90 years ago Dante Quinterno, with less than 20, drew an unusual character for Argentine culture of the time:  the Indian Patoruzú . With a noble and kind personality, Quinterno's creation would become the most important fictional hero of Argentines.

“Criticítica was a medium that bet hard on graphics, following the American model. Although from the beginning he published cartoons on cover, from 1914 to 1927 he had never published a series with continuity, he published comics but loose,” recalls Gutiérrez. Quinterno is 17 years old and is going to do this series called Don gil contento, a Buenos Aires optimist, which is a kind of paradigm shift: he is a guy who takes everything as with optimism, in the face of raw and adverse reality is a guy who always has a happy thought and always ends up ground to sticks. It is very interesting because he is the first noble character who is not a chanta, not a vivior, not a climber, or anything like that was usual, the kind of characters that all comic book artists worked on.”

But Don gil content died young “because obviously I did not enable many gag, it is very difficult to keep a daily strip with 30 jokes every month, you have to have a scheme, beyond the character, that allows to produce all that. Little by little the character will begin to acquire some things from the rogue and the living creole. But Quinterno wants to make that naive character, well, pure, then he's going to introduce him in this series appealing to the figure of an Indian, and this is what we celebrate, the 90 years of this strip, that is the first appearance of Indian Patoruzú,” says Gutierrez.

Patoruzú was born in the comics page of the newspaperCrítica, in the series Don gil contento. It was published alone for two days and then disappeared. One of the most widespread explanations about this, according to the curator of the show, is that the copyright of what was published in Crítica was in the hands of the newspaper and Quinterno was very confident in his new invention: “he realized that he had discovered something, did not want to give up rights. In fact he leaves the diary and Aventuras de Don gil content ceases to exist, he has to invent a new series that is Julián de Monte Pio, that is already good Isidoro. It's very similar.”

But this, clarifies Gutierrez, is only one of the hypotheses. It is not known for sure because Quinterno was very reserved, throughout his life he gave only three interviews , between the second and the third 50 years passed. The exhibition shows one of the reports made by the director of Culture of the National Library, Ezequiel Martínez. He did it in writing. He never saw Quinterno. He was very short and enigmatic, neither could he be photographed.

At the same time, Quinterno reintroduced the Indian character in the series Julián de Monte Pio. It became so popular that soon after the cartoon was renamed Patoruzú. The original name with which this character was born was Curugua Curuguagüigua, but it was almost impossible to pronounce and remember,

then Quinterno renamed him “Patoruzú”, which derived from a treat from the time called Pasta de Orozú.

“Quinterno was a genius as a cartoonist, he had a drawing very loose. The original is very different from Patoruzú magazines that were published for so long, changing the character. One is the one that drew Quinterno, who only signed it until 1939, 1940, then deposited everything in his team of draftsmen, although he intervened, gave directions and corrected very strictly, but no longer had a signature of the series, it was already a team, very American style. He travels in 1932 to the United States for the first time to work at Fleischer Studios, which are the ones that produced Popeye and Betty Boop. He worked for advertising, he works a lot. He became a well-known cartoonist. He went to the United States to learn animation and learn the structure of the American cartoon production system, how it worked, how it was handled, to bring it here. In 1936 his weekly was born. The first issue is entirely made by him,” says Gutiérrez. The exhibition shows the original illustration of that magazine that sold out the run, was reprinted, resold and reprinted again and again, and sold thousands and thousands and thousands of copies. Patoruzú was an unparalleled boom.

Gutierrez believes that Patoruzú's repercussion had to do with that it appeared when Argentina was going through the infamous decade and citizens needed a pure, honest character, to feel that Argentines could be something else besides chantas, scammers, corrupt.

The Indian brought purity and was, at the same time, a new character, different from the gaucho that was already mythified and used to talk about the good and persecuted guy. Still, Quinterno gave his character the 19th-century gauchesque language.

“Another argument that Patoruzú hit is that he preceded by five years the first Yankee comic superhero, and the interesting thing is that his strength did not come from either a magical formula, nor from being an alien like Superman, or because he had an accident in a laboratory, if not that he came from his pure condition, from his morale, that's what he did. gave strength. He was strong for what he was,” says the curator.

“Upa is a character that has no precedent,” says Gutiérrez. In addition to Patoruzú, who is the first native to appear in the Argentine comic book, I would say that in the world, this is a very original character, which later will change his physiognomy a lot, is going to aggiornate and reduce, but at first he is a kind of monster, is a baby that swallows, elephantiatic, and that inspires a lot of tenderness. Upa is Patoruzú's little brother. Then he becomes a very important figure, he hits a lot on people, awakens a lot of tenderness with his naivety. Born in 1937, in the “Mystery of the Grotto”: the people of a village listen to terrible sraises and think that he is a monster, Patoruzú goes and finds this character who is locked in a grotto and has a note attached: 'I, Patoruzú first—their father — am ashamed to have begotten Upa because it is deformed and seven esino, because al to come into the world did not say as his brothers 'Huija! '. He will live and die in this cave so as not to dishonor our house. ' And Patoruzú betrays his father's mandate and adopts it. This comic book is terrible.”

“I chose it because it seems to me to be the creature of the series most authentically reliable to something real, historical. It is the horse of Los Pampas,” explains the curator. His drawing, how brave it is, how untamed, the fact that it is only allowed to ride by Patoruzú and in hair, without a frame, represents the horse of these ethnic groups who used it as freight, as a house, as a bedroom, as a weapon: they lived above the horse, slept on top of the horse. It is very nice Pampero drawn by Quinterno, it changes a lot in the hands of another.” 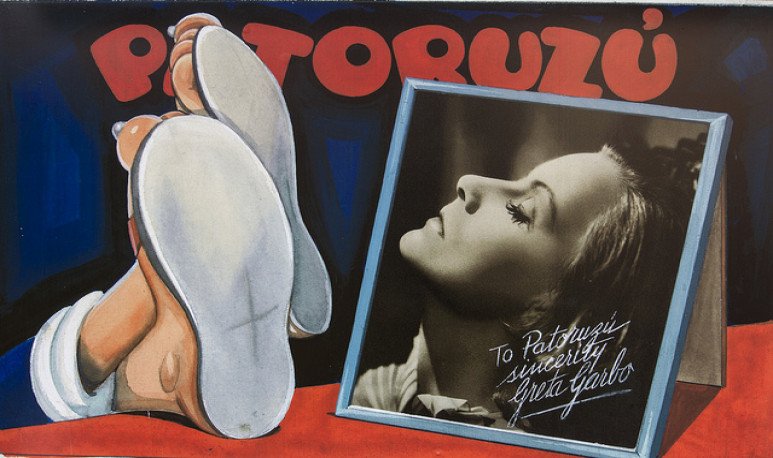 In 1941 Patoruzú began to be published as a strip of the New York newspaper P.M., a sophisticated, left-wing newspaper, in which personalities such as Hemingway wrote.  He was recognized for its graphic quality and because great artists collaborated there. The first comic book published in that medium was Patoruzú, a character who was quite exploited in the United States.

“ Patoruzú is a kind of perfect comic product,” says Gutiérrez: it works, it is very well done, the arguments are dynamic, when you start reading a strip you can't stop, they are fun and suitable for all audiences (there were comics for boys and the strips more for adults that were those of political satire, those of criticism or comments on family customs). Patorozu is for everyone.”