Home People Nostalgics Is there anything more Porteño than the tram?

After almost 100 years in the streets of Buenos Aires, the tram finally disappeared in 1963. 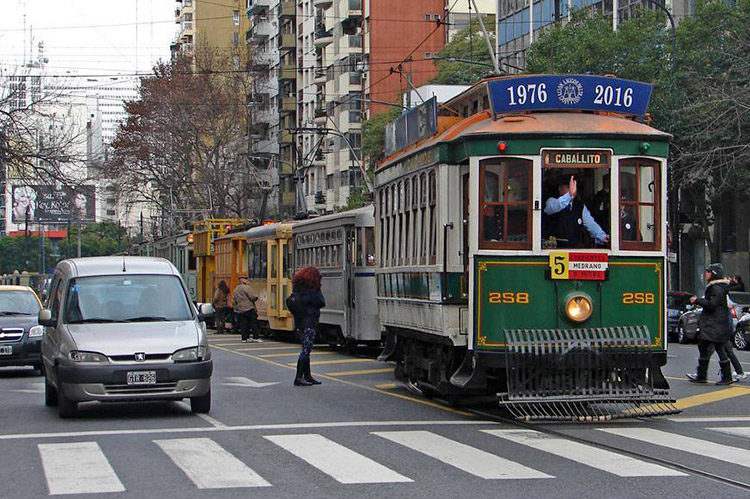 By: CarlosAraujo
The tramway opened its course, crossing all the streets of Buenos Aires. It was the origin of growth and progress, the most popular and economical means of transport, with an extensive network. In its routes it threaded the most diverse situations, communicating the center with the suburban suburb. He was witness and active participant of the daily scenes of Buenos Aires, reflected in the different neighborhoods, characteristic activities of a young city that was in full growth. Alberto Vacarezza and Enrique Delfino captured in 1924 these scenes in the tango "Talán, talán": "Talán, talán, talán.../ the tram passes through Tucumán / "Prensa", "Nación" and "Argentina" / the pibes shout from corner to corner / "Ranca e manana, torano e pera" / the tano is coming through the "vedera". / Behind the port / the day comes, / the poor already go to work; / and home they return / the skulls / and milongueras / to rest". After almost 100 years in the streets of Buenos Aires, the tram finally disappeared in 1963. Glossary: Ranca: orange Manana: banana Torano: peach Vedera: sidewalk