Home People Nostalgics In the memory of Tucumán: carnival celebrations in 1921 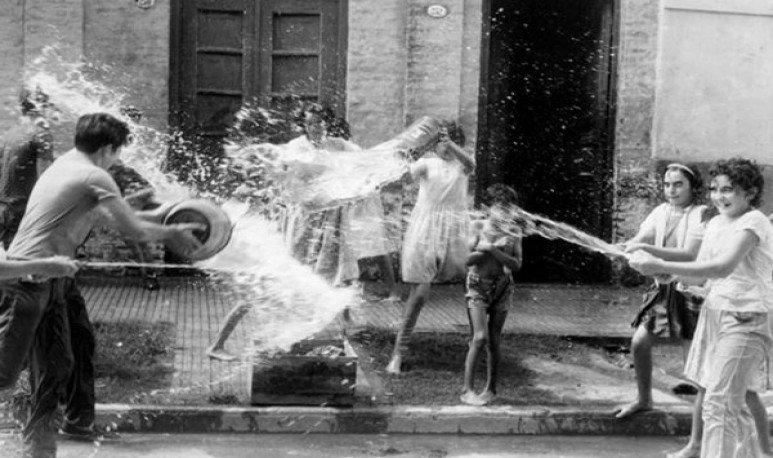 Carnival celebrations in the capital city of the province of Tucumán were very particular. At that time the celebrations reached the Plaza Independencia. The  summer sun, parties everywhere, heat and excess alcohol formed the usual elements as a whole. The whole city was dressed in striking colors with lights that indicated where the celebrations would take place. The Corsican people flooded the square, streets and prominent walks of the area. But, there were problems around the province, which were recorded in the memory.

Public dance had been authorized in the early days of 1921. But, not everything was joy. On the boulevard Alem and Lavalle, in the middle of the dance, there was a big mess. Such was the unravaged  struggle  that there was blood in the middle and the police detachment. The bloody battle ended up closing a place, a summary to the organizer for infringement. The break of justice happened when the Sunday rest law was ignored, which prohibited the sale of alcoholic beverages. The field combat along with fines with police breakthrough included was the topic of conversation in the province for several days later.

Such issues that involved a  lot  of people, was not an issue to be overlooked. Police officers, special guards, even a Sergeant Pedro Acevedo who received a bottle in his head were seriously injured. The mob was made up of men, women and even minors who were drunk. From a simple discussion to throwing any possible object into the air, so the brawl was put together. They flew elements such as tables, chairs, glasses, stones, bottles among other things, everything was transformed into a weapon. Many were arrested, some injured and admitted to Padilla Hospital and others escaped the law. Finally, no one had a conviction. Those who were injured returned to their homes.

As if that were not enough, the riots spread beyond the capital city. It was reported from the department of Lules that the authorized public dance on the “El Manantial” bridge found several people and a  policeman  injured due to a fight. The bloody dispute took place following a discussion between Luis and Marcos Cortes with Segundo Aragón, according to local newspapers. One agent intervened, as the heated talk turned into punches among the participants. Police reinforcements did not wait but were received by the Cortes brothers and their group armed with sticks, stones and bottles. The affront was transformed into a real unsustainable field battle. The assistance of even more police personnel was required to appease such a rebellion. Law enforcement workers had to stop the fighters by drawing their sabers. Three assailants were brought in contempt of the law among other charges. As the days passed, they understood their mistakes, calmed down and granted them freedom. This brawl, also in carnival, was the recurring topic of conversation for the locals.

At those times, as evidenced by these anecdotes from local newspapers, carnivals brought not only joys everywhere but also disorder. The kind of disorder that even the police had to intervene in. However, another chronicle, it is recalled that it happened on the same dates. This story involves a couple of newlyweds: Santos Ledesma and María Vicenta Quinteros. They both lived happily in San Pablo. One day of carnival, the couple decided to play hide and seek innocently. The woman, after five days of missing, did not return home. With Vicenta's disappearance, the husband noticed that he was missing about nine hundred pesos. Santos realized that practically his wife escaped with the money, so he reported her to the police station.

Madness, delirium, trouble everywhere is what brought the carnival in those years. This is how those who lived it and, of course, the witty newspapers of Tucumán remember it.