Home People Nostalgics In the end, the first thing is family

The Benvenuto family accompanied us for many years, from television, on our Sunday family lunches. Do you remember? 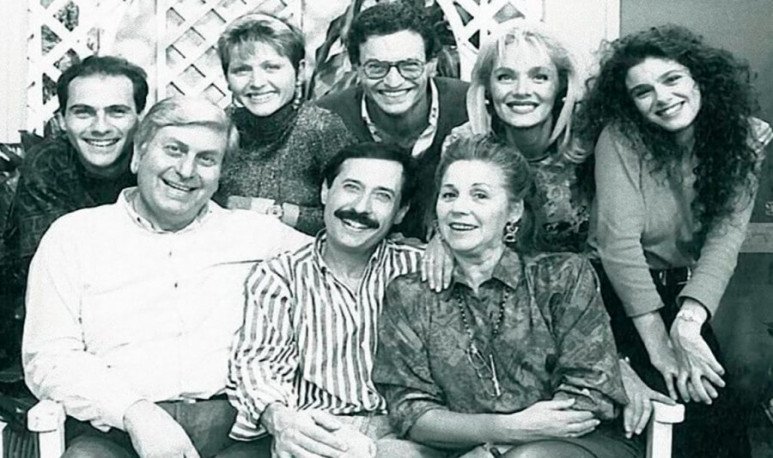 The television series had the particularity that   it was broadcast live   , which gave it a share of improvisation and freshness difficult to achieve in the recorded programs. With the idea and general production of Hector Maselli, the comedy was based on its predecessor,   The Campanelli   , who also had live lunch in the 1970s.

With   William Francella as the   main protagonist, the series was telling the family entanglements he was always a witness and accomplice. Every while he added some “casting”, which also ended up sharing a   pasta dish   with the family.

Big and young enjoyed the   Benvenuto   , because anyone could feel identified with that great family of   Italian descent   , like that of so many Argentines. At the end of each broadcast, all sitting at a long table, the phrase that closed the program was always the same. Because no matter what happens or how difficult a situation can be put, “in   the end, the first thing is family   . ”

Do you remember the curtain of   The Benvenuto   ?

A box of surprises

Humor on the table

The family is a typical clan

The family is the most faithful copy

is well united, can be happy

Family invites you to spend

In good and bad

always going to make you a place

On Sundays with family

With brothers, father and mother-in-law

I could not miss

Sundays with the family

To take away your sorrows

With the scent of good thing

Family is a typical clan

Family is the most faithful copy

It looks like yours, mine and that of the

The family to small country

If it is well united, can be happy

Family invites you to spend

In the good and bad

It will always make you a place