The popular “Masa”: one of the great representatives of Argentine football in Buenos Aires yesterday. 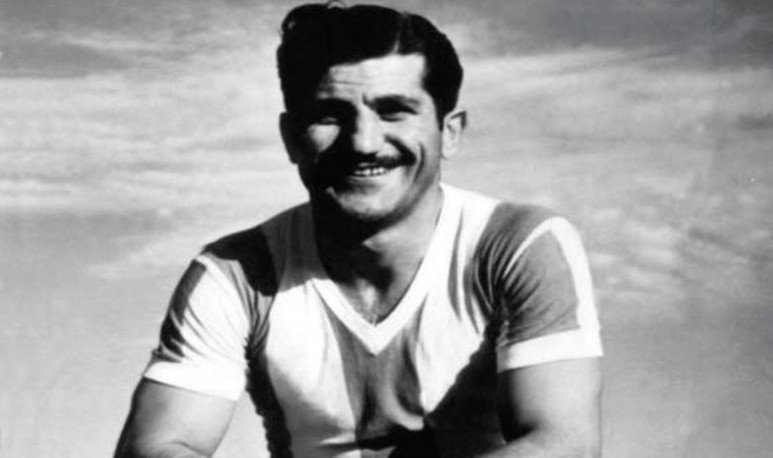 By: Araujo Carlos
Herminio Masantonio was a prominent football player born in Ensenada, Province of Buenos Aires, on August 5, 1910. Son of Italian immigrants, he was a pawn in the Swift fridge and a bricklayer assistant with his father. Then began the romance of “Masa”, as they said, with the Parque Patricios neighborhood. While conscription, he met Lieutenant Tomás Ducó, who joined the Atletico Huracán Club team in replacement of Guillermo Stábile. He debuted in June 1931 against Quilmes, making a goal. He eventually became the third scorer in Argentine football history with 250 goals in 367 matches, behind Arsenio Erico and Ángel Labruna. Skillful to nod and with a powerful finial, he left his mark for a dozen years on the rival bows. His best time was in the 1930s: top scorer in the South American Tournaments of 1937 and 1941, playing for the Argentine National Team. In 1943 he played for Defensor Sporting in Uruguay and in 1944 he returned to the country playing for Banfield. In 1945 he ended his campaign in his club, at 35 years old. Admired by the swollen and his companions (of whom his protector felt), when Méndez accompanied him on the right and Baldonedo on the left. He was a handsome striker, a real warlord, fighter and scorer in Hurricane for 10 seasons. He was not very skilled, but he knew how to play football, scoring goals from all angles. He died in Buenos Aires on September 11, 1956. In front of the Club Huracán headquarters, on Caseros Avenue, a monument was erected in 1996 and a street in the neighborhood bears his name.

Past, present and future

The danger of fanaticism

A musician who doesn't know Lennon