Why is the day of the canillita celebrated on November 7? What does the date have to do with the Argentine theatre and, more precisely, Florencio Sánchez? 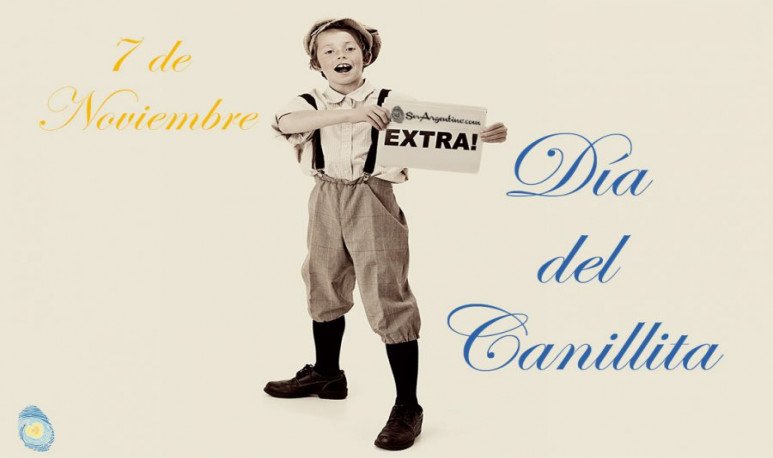 Today is the  day of the “canillita”  (for readers from other latitudes I clarify: in  Argentina  it is called “canillita” or “canilla” to newspaper deliverers). So from Ser Argentino we wanted to greet them for the sacrificed and responsible work they do even if it rains, thunder, there is a stop of transport or the world falls down. But there is a doubt that even many of you will have and  it is this: why was November 7 chosen to honor you?

The answer is exciting, I, at least, did not see it coming: because on November 7,  1910   the huge playwright Florencio Sanchez  died (perhaps his best known work is  M'hijo el dotor . And what does Florencio Sanchez have to do with the canillitas? Let's see.

El canillita as a fictional character

On October 1, 1902, at the Nuevo Teatro Politeama in Rosario premiered the  play Canillita  , written, as you may have imagined, by the Uruguayan author. The protagonist was a fifteen year old “kid” who worked on something quite new but that was expanding more and more: he  sold newspapers in the corners.  Until that time, readers had to purchase their copies directly from the printing press. “Vociferous children” (marketing strategy was copied from the  United States ) brought the product closer to the buyer's hand, which worked well: newspapers sold more than ever before.

The protagonist of  Canillita  (some say inspired by a real pibe)  was wearing shorts and was barefoot . His legs were long and thin. To emphasize the characterization, which showed very clearly and effectively the poverty and loneliness of the character, Sanchez added the nickname to him:  the pants, boy for its size, left the webs in sight. That's why they called it “Canillita.”

The play, turned into a resounding success, did not take long to reach the Buenos Aires theatre. Since a real child could not be hired, the role of “Canillita” was made by actress Blanca Podestá.  The reviews were better than another . Word of mouth exploded. Everyone was talking about the new play.

To such an extent it was a success that they decided to make a special function (free) for real canillitas, which mostly could not be paid a ticket. There are newspapers of the time that tell that  the room collapsed  and that the police had to intervene to calm the mood. The producer of the work, with good discretion, appeasened the waters by adding two other free functions. They  say that there were not a few canillitas who saw her more than once . In many cases, perhaps, it was the first play of their lives, which allowed them to enter the art world.

From that moment on, the word “canillita” was installed in the popular lexicon to refer to the trade. But it would have to pass another forty-five years before,  on November 7, 1947 , the government of  Perón  decreed Canillita Day in honor of the great Uruguayan playwright but, above all, things,  all the canillitas in the country.

I want to close the note by asking readers permission to mention a personal issue. My old man, who is no longer with me today, paid for his university studies (he was the first of my whole family to access the university) working as a canillita. So this tribute touches me very profound. Happy day canillitas! And happy day, Dad, wherever you are!

A lesson in life