The “Glostora Tango Club” was a tango program that began to be broadcast on April 1, 1946 by “Radio El Mundo” 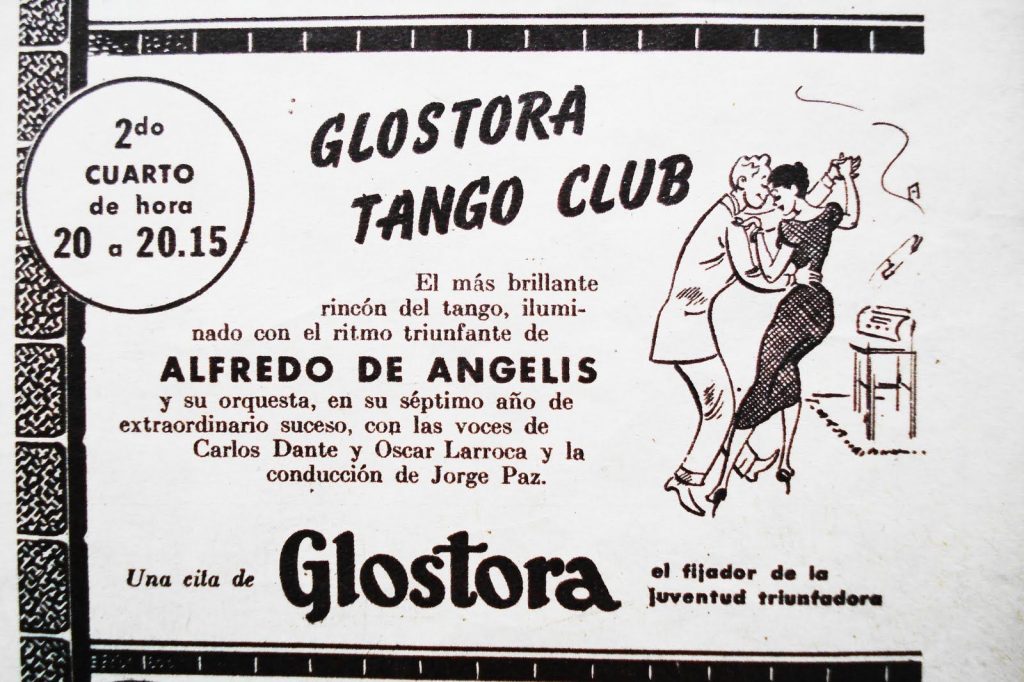 The “Glostora Tango Club” was a tango program that began to be broadcast on April 1, 1946 on “Radio El Mundo”. From Monday to Friday, from 20 to 20.15 hours, the typical orchestra of Alfredo De Ángelis performed with its singers Julio Martel and Carlos Dante. The program was dedicated to the “Youth Triumphant”, sponsored by Sydney Ross for its product “Glostora”, a glitter that gave hair shine but also contributed to their fixation.

The audition was broadcast for 22 years, until the end of the 1960s, being a tango program that came to remain in the memory of the tango men of that Buenos Aires yesterday.