Between carelessness and objections, Paraná Gazzano Park (Entre Ríos) represents an identity that brings together links and history. 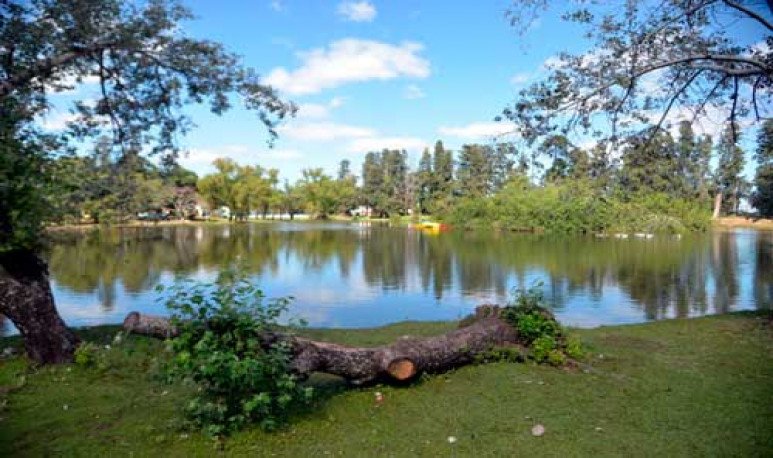 The great  Pedro Zanni avenue  is home to a  space  that all locals know. Probably there is no  childhood  that lacks a  photo  on the lawn of  Gazzano Park . An  artificial lake  and  eight hectares  of green fall off inside. How to forget the batibounds scattered on the water with children waving happily? Likewise, the postcard of  ducks  and  geese  wandering around are part of the  collective memory  with  nostalgia  and melancholy. Not that they don't exist anymore, but nothing is what it was. Perhaps, the lack of state care, attempts at privatization or complaints from neighbors have dyed memories in another color.

The  uniqueness  he possesses is undeniable. Not only because of the  beauty  it brings to the capital entrerriana, but also for that VAT that goes directly to  emotionality  . This is the engine that has driven numerous citizens'  claims  over the years regarding its  preservation  . As municipal efforts changed, so did  policies  for their  management  . Thus, a constant  swing  was generated in terms of the  care  that corresponded to it. Even as progress and retreat, the idea of ceding the ground to a private club came to conceive.

That is why, since  January 2019,  there is a group of self-summoned  neighbors  called “  Friends of Parque Gazzano  ”. The idea arose from their  concern  when they went out for a walk around the place and watched its deterioration. From there, they have  regularly held meetings  to think and act about the current news of the tour. It was their complaints and those of other people interested in the problem that managed to capture the attention of the local media. Consequently, the same was achieved with various State authorities. Some heard more and others less.

The space was  built on top of the land donated to the city by  Don José Gazzano . He was a man from the Italian city of  Genoa  who arrived in the country at the end of the  19th  century. In  1920  he acquired the fifth which would later become the  attraction  site that is today. While he had originally installed a brickery of his property, he then decided to start a  project or for the  community . He understood that there was a need to create  recreational   environments  in the area and places that would provide safety and comfort to families. Under this line, he brought  tree species  that adorned the  landscape  and on which to this day you can rest.

Then, in  September 1981  the deed passed the domain in favor of the Municipality of Paraná was signed. The event was presided over by the head of the commune at that time, Carlos F. Quintero. The  objectives  were to allocate the land for  public walk  , considering that it was located in an urbanized area and added oxygenation. Finally, on  February 3, 1983  , the park  was inaugurated  under the name of its founder, a name that still retains.

Destroyed grills, scattered waste, abandoned buildings and overgrown grasslands. This was the recurring  image  that took  prominence  over the last few years in the place. Although it was always remembered the moments when it became the  scene  of multiple  cultural  and  sporting  events. Or the  lakeside mattes  and the children in the  hammocks  . However, in recent months,  overhaul  and  maintenance  work began to place it again at the center of the meetings. Today, at the  age of 100 , row geese are part of the show as the sun falls behind the grove. Let's hope it's going to be something  permanent again.