Home People Nostalgics Gath and Chaves: the shopping of the 1920s

The Gath & Chaves store was the quintessential walk for Argentines. Eight fashionable floors and a confectionery shop, from where you could enjoy a magnificent view of downtown Buenos Aires. 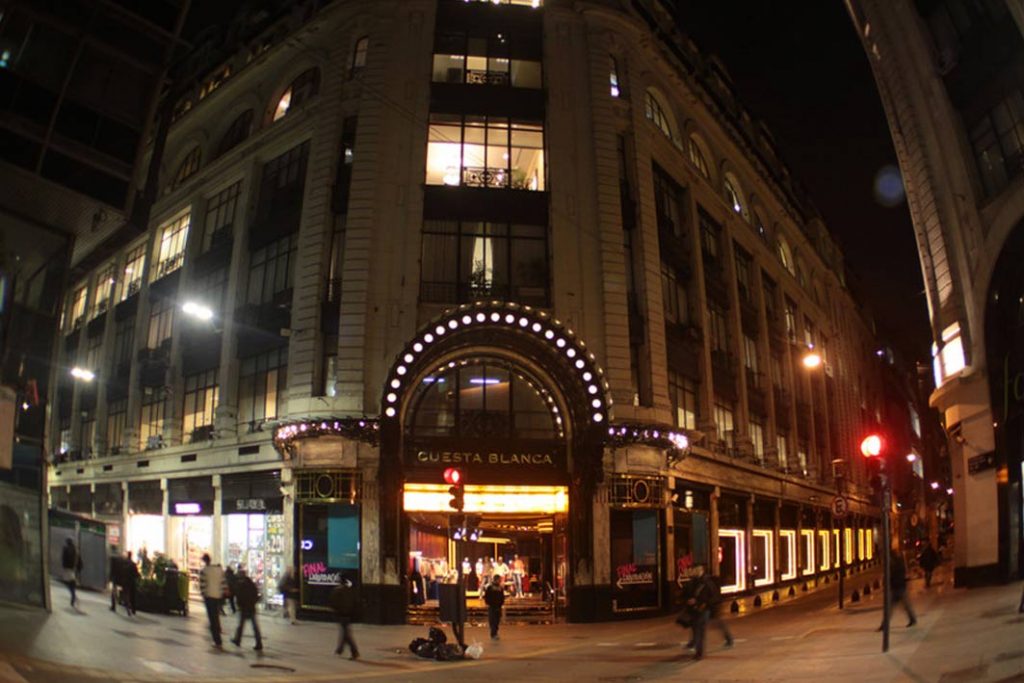 Originally located in Bartolomé Mitre and Florida, the company grew and settled definitively in Floridaand Cangallo, in 1914, in a superb building, built in imitation of the Galeries Lafayette in Paris, with a large hall and 8 floors. It was the most famous of Argentine stores that in 1922, merged with “Harrod's”.

The expansions transformed it into “The South American Stores Gath & Chaves”. Its premises were an example to be taken into account by the quality of the assortment of goods and by the customer service , provided by a large staff, highly professional and well updated with respect to national and foreign developments.

The home delivery service began with carts and tricycles , later improving with the use of green painted vans. It was comparable to the best English stores. In the two weeks of New Year's Eve and New Year , there were countless visits by the children with their family, to see the Christmas decorations and enjoy the presence of the Three Wise Men, who unfailingly, were taken with a letter asking for toys.

On the eighth floor was the Confectionery, from where you could enjoy a magnificent view of the city; it was reached by elevator led by a uniformed employee. All staff were uniformed, male and female, according to the category. There were more than 6,000 people.

The Confectionery was visited by wealthy ladies, for traditional gatherings, the famous tea of 5 o'clock in the afternoon, in the English style, but also by those who wanted to enjoy tea with dough or, as in my case, a chocolate with dough. I was struck by the escalators, which I had only seen in the Market of Abasto and in the underground of the Corrientes Street.

Visiting the store was a ride eagerly awaited by the boys and enjoyed by adults. The appeal of low price offers was the hook for the purchase of more sumptuous items. One ad promoted white shirts and thin necks for men, with cuffs at $3.40 and no cuffs at $2.00. But paper fists were sold, at $0.50 a dozen.

The different models were exhibited in mannequins with wax heads and natural hair. “ Gath & Chaves” was theemporium of elegance and the center of fashion, immortalized in the film“The Sellers of Fantasies” , which