With sadness, but pride, we said goodbye to the space that allowed thousands of artists to visit the Cordovan province. The Orpheus Superdomo is leaving, and we give him a farewell hug. 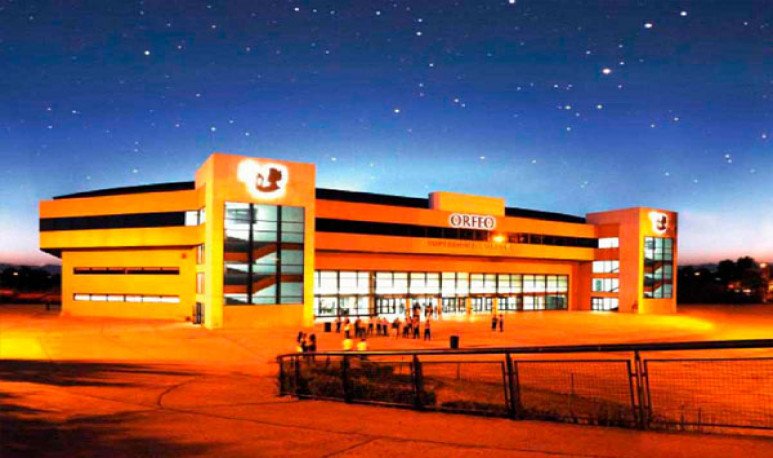 This is the largest roofed stadium in the province and the hinterland of the country  , which climbed the most outstanding international stars and the most beloved national artists.  The space that brought must-see shows and multinational companies to Cordovan lands. The Orpheus Superdomo,  the temple of music and dance.  The stadium that treasures  our best memories,  and today we say goodbye with grief.

After 5 months of quarantine , which become unsustainable for many cultural spaces, this stadium does not survive.  With 18 years of life,  and on the way to be of legal age, the Orpheus Superdomo  closes its doors.  Its owner, the businessman Euclides Bugliotti, says that keeping it closed costs  17 million pesos per month.

This millennial stadium, which accompanied us all the Cordobeses to meet  our idols  and which brought us thousands of stories, closes its doors. Like many self-managing cultural centers that are out of activity so far and cannot support maintenance costs.  Like the Teatro La Llave which, to save itself from the closure,  sold its collection of haute couture costumes. Like the Bataclana Space, which is currently organizing kermeses with  compliance with the security protocol, to claim their rights as a cultural space.  Faced with a pandemic that ravases all the places that constitute our identity, resistance is being a reality.  For example, the action of the Network of Theater Rooms of Córdoba, remains firm with its requests and calls  for the fight of each room.

In the case of Orpheus, it can no longer be held. Euclid “Tati” Bugliotti confirmed the definitive closure of the place. What leads him to make this decisive decision is also the picture of a future with a “new normal”. Such compliance with laws and care protocols would prevent the stadium from functioning at 100% of its capacity. That's why it wouldn't be profitable again. “ Until Orpheus can't do a show at 100% of its capacity it will not be profitable. Two years left for that? Or more? I don't know. I can't wait that long. And besides: who is going to organize a local show? It doesn't work. And an international one? Who's coming?”,   questions as a  rhetorical question. And  flooded with uncertainties without certainties,  which lead him to make this sad decision.

The origin of your name

“ The term Orpheus alludes to a character from Greek mythology, magnificent civilizing hero, poet and famous musician. His figure is an internationally recognized symbol of arts, spectacle and especially music”, tells the official website of this cultural space.

According to a fairly widespread belief, this character would be  the son of Apollo and one of his muses, Calliope.  His connection to music and lyre was unique. According to the accounts of Greek mythology, when he played his lyre, “the beasts calmed down, and men gathered to hear it and make their souls rest.” In addition, he was a  traveler, scholar and protagonist of one of the most beautiful love stories  of Greek mythology. His lover, Eurydice, made him the source of a mor unconditional .Once he died, Orpheus became the constellation Lira. The formation containing the brightest star of all the northern hemisphere.  With its own constellation, it became a stadium...

The land occupied by the Orpheus Superdomo is  23 thousand square meters, of which 16,730 are covered.  For its shows, it has capacity for  10 thousand people.  It is the  “first comprehensive space in Argentina designed especially for the development of social events, musical, artistic, cultural and sports shows; endowed with the highest technology”.  It was inaugurated in  September 2002,  and from that moment on it did not stop receiving imminence.

Some of the great national artists were  Charly García, Fito Páez, León Gieco, Luis Alberto Spinetta and Gustavo Cerati.  Unforgettable stars of national rock. And from afar, bands like Black Sabbath and Metallica came to play on their stage.  Also artists such as  Luis Miguel, Silvio Rodríguez, Cindy Lauper and Bob Dylan.  The list is much wider, since it has 18 years of history.  The last artist  who had the honor of performing his show at Orfeo was Ricky Martín, in February 2020.