Vito Dumas was a representative of idealism, courage and tenacity 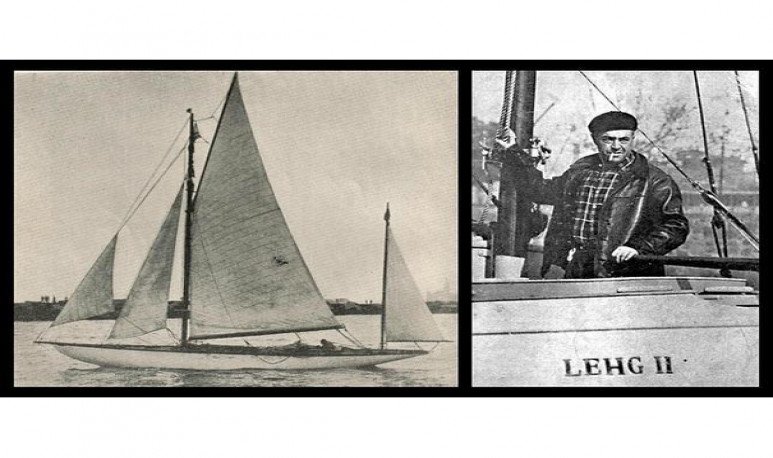 Vito Dumas was born in Buenos Aires on September 20, 1900. He was a great sportsman, who practiced athletics, wrestling, boxing and swimming. He was an aviator and navigator. From 1923, he made five attempts to swim across the Rio de la Plata, but he did not succeed. In 1931, he tried to cross the English Channel from France, but failed. He then bought the “Legh”, a boat 8 meters long, leaving on December 13, 1931 from the village of Arcachon, France, arriving in Buenos Aires on April 13, 1932. With the financial help of his friends, he bought the “Legh II” sailboat, without motor, without radio, and in the middle of World War II, he sailed from Buenos Aires on June 27, 1942. He touched the cities of Montevideo, Cape Town, Wellington, Valparaiso, and Cabo de Horn, on the “Death Route”, he arrived at Mar del Plata and from there, Buenos Aires, after 1 year and 36 days. With the only company of a pipe. He must have overcome harsh storms, waves up to 18 meters high and relentless winds. He sailed 22,000 nautical miles in 272 days of crossing, arriving in Buenos Aires on August 8, 1943. Two years later, in September 1945, he sailed from Buenos Aires to New York. In April 1955, he made the trip to New York on a single stopover, with a boat smaller than the “Legh II”. He wrote several books: “My travels”, “The forty bellows”, “Solo, heading to the Southern Cross” and “The cruiser of the unforeseen”. He was the first solo navigator to receive “The Slocum Award”, for having gone around the world. He died on March 28, 1965. Vito Dumas was a representative of idealism, courage and tenacity, considered the greatest navigator of all time, who died forgotten in that Buenos Aires yesterday.