Today, technology provides us with the spectacular hypermarkets where there is everything except dialogue and human contact 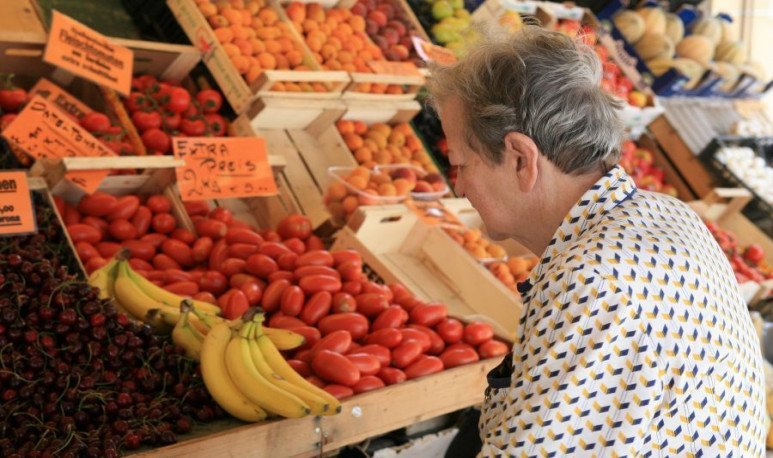 Upon entering, a series of different and characteristic smells were experienced, with predominance of birds and fish. They were times of lack of ice cream makers, and very fresh or freshly fished foods were consumed, which could not be preserved long, there were no freezers. A hen was chosen from the corresponding cage and it was instantly slaughtered and plucked, in a brass pot, containing hot water, or in an exclusive pool for that purpose. The market floor was covered with wood sawdust throughout its length and when walking, the feeling of sliding was perceived. The “Orquesta del Mercado”, a trio composed of bandoneon, violin and drums, performed every morning waltzes, tangos, milongas, pasodobles and rancheras for customers. Children and adults stopped, not only out of curiosity, but to request the execution or repetition of the fashionable musical theme. The meat and fish exposed on the cold ice marbles, were classics of the market. The quality of the goods, its appearance and freshness was verified. Around the lamps or hanging from them, a paper traps flies was placed; it was a twisted and sticky tape, an optimistic attempt to reduce the abundant population of insects that swarm there, especially in meat and fish stalls. In the fruit stand, pears, peaches, apples and bananas were bought for a dozen. The weekend was catastrophic for unsold merchandise. On Saturday morning, offers were common. Very ripe fruits, were offered in quantity of 30, 40 or more units, at very low prices, which were quickly used by housewives to prepare compotes. Prices were somewhat lower than in warehouses and butchers. The payment was only cash and the discussion about prices, was a constant, renewed with each article. The penny fight, it was very hard. The relationship with the clientele was warm and friendly. It would be held once a week, establishing almost a friendship with vendors and neighbors. It was a human and dialogue relationship, of exchange. Today, technology provides us with the spectacular hypermarkets where there is everything except dialogue and human contact.