Home People Nostalgics El Desafío Park, that little bit of Gaiman that is no longer

Created by Don Joaquín Alonso, El Desafío Park was for more than 30 years one of the great attractions of Gaiman. 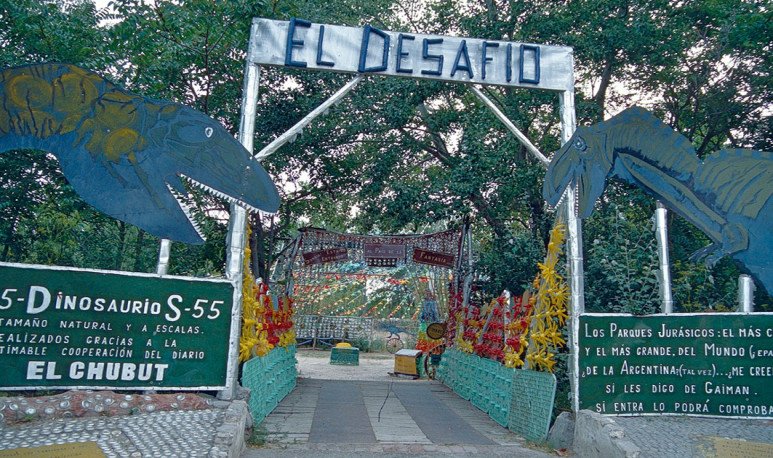 El Desafío Park was a cultural and environmental emblem in the small village of  Gaiman  , in the province of Chubut . This theme and amusement park was a reference for tourists, for professionals and militants of the care of the environment since, precisely, it was one built entirely with recycled objects. The project lasted 32 years, following its closure in July 2012.

Its creator,  Joaquin Alonso , started it as part of a game for the enjoyment of his family, specifically for his grandchildren.  He was born in  Puerto Deseado  , in the province of  Santa Cruz but he settled much of his life in  Comodoro Rivadavia , then, yes, live and build this heritage already disappeared in the  Welsh people . 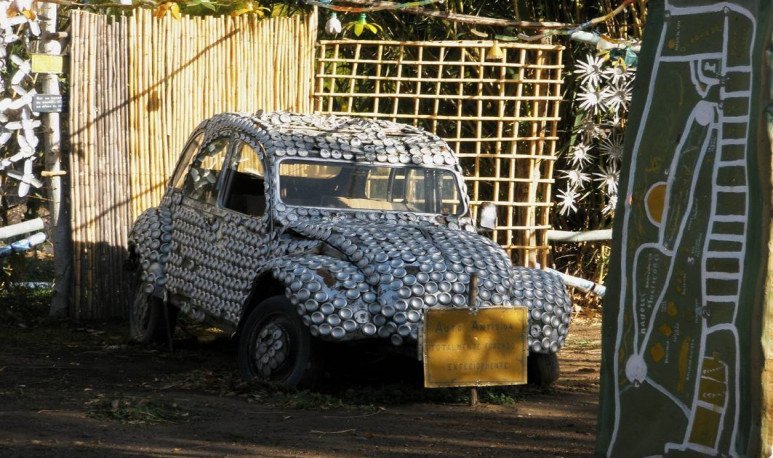 The founder's beginnings date from April 1980 but only four years later, on January 17, 1984, it was officially inaugurated as “El Desafío Amusement Park” . In several interviews he gave in life, Alonso was honest and commented that he had emerged “like the kindergarten of a retiree: playing and doing things for my grandchildren: mazes, football courts, volleyball, tennis, bocce and others... I painted animals on veneers, made a bridge where to pass, put posters, sayings and totems and an entry that impacts. I rebuilt the pieces of a broken car I found on the bank of the river, set a table and made a stove to make roasts. I took advantage of the river bend and made a waterfall with sirens.”

This attraction, as it was made up of various waste constructions, did not cause large investments of silver but it did time, as it demanded from Don Alonso a lot of work, perseverance, ingenuity and creativity when it comes to thinking forms and games: among so many and other elements 50,000 bottles of wine were used and beer, 30 thousand cans of beverages, 25 thousand thread trolleys, 12 thousand caps of oil bottles, 5 thousand plastic bottles, 5 thousand meters of telephone cables, as well as televisions, refrigerators, washing machines, 100- and 200-liter tanks, car parts and other means of transport.

He added a complaint book, signposted the roads and placed a traffic light and a bell at the entrance for visitors to use when they arrived: a great project of awareness and creative recreation began. 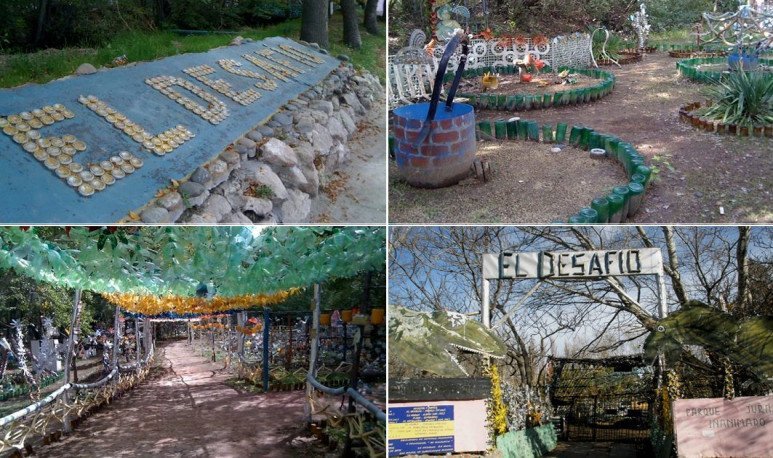 El Desafío Park was visited, it was estimated, by more than 100 thousand people during its more than 30 years of existence , tourists from more than 60 countries. It was filmed by countless international television channels, from the UK, Australia, Spain, Italy, Finland, the United States, among others, as was also exposed through photos and videos, as in the case of the University of Lund in Sweden.  In 1998 it was part of the book “Guinness of Records”, because it was the largest area (in square metres) with recycled objects  and, also, was recognized by large environmental organizations for the use of garbage to form, build and educate through art.

Flowers made from plastic bottles, the Citroen car with its covert surface of other bottles, visiting this heritage was mandatory stop in addition to visiting the  welsh chapels and tea houses  , museums and the waterfront: until  2012, which was definitively closed, after the sale of the land. Don Joaquin Alonso died three years earlier, at the age of 90.  However, the memory of his conscientious art has remained in the minds of the inhabitants and of every tourist who passed through that almost central street: big and young, everyone wanted to tour that small world where recycling was the rule, a land that was going to be only for the family but that he opened them. oacute; to the hearts of all.

What do the Patagonians mean by “the bardas”?

All very nice, but I'm leaving for a few days

Matte and comfort in a unique invention