How to forget the legacy that Paladini sausages gave us to the nineties? The Space Jam dolls. 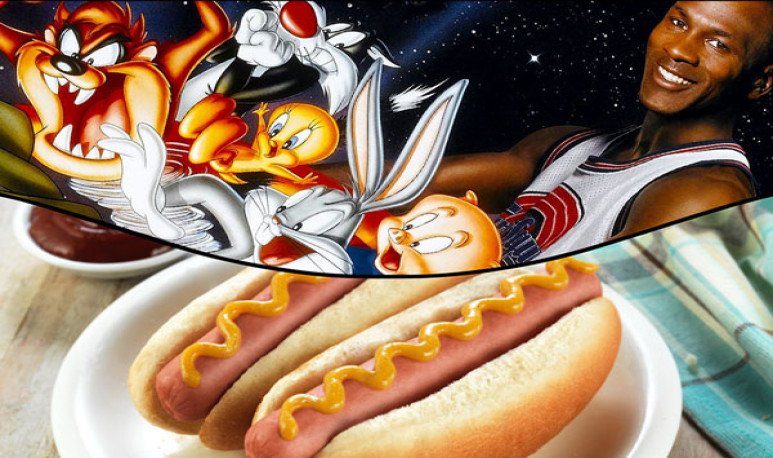 I'm getting a tear .  Belonging   to the generation that grew up in the    ninety  is a  privilege  that many of us can gloat. “Why are you so bragging about it?”, some will be asked.  What to tell them, there were music, advertising, creativity and  games  to become nostalgic for life . Of course, as a good capitalist world, to access certain things you had to buy, buy and continue to buy. To the point where taking us to the supermarket was a plunder for our parents, and, at one particular time,  Paladini sausages  became their nightmare and  our most precious goal  .  It's just that every pack came a little doll with a character from the film Space Jam .

The game of the century

In my case, they took me to  La Peruana, a local shop  whose gondolas have been toured by all the Paranaenses. Once there, I went straight to the ice cream with the dairy and sausages. Also, however nutritious as it may  be, eating a  pancho  was a three-term . So in the   ritual  we basically gathered two passions: play and enjoy junk  food  . It was a time when companies generated profits with merchandising that  today is worth gold for any collector . Strategy was always about the same thing. You had to consume recurrently to complete the collection that was fashionable back then.

We were boys, silver was put on by our old men, and our minds were underdeveloped to incorporate an anti-system morality. To remember the details,  I took the job of googling  to the bottom of the issue. And I managed to  find the commercial guilty of leading us to vice .  It was an image with figures from Space Jam that read “enter the game of the century.”  Okay, I buy. Further down, an indeclinable invitation.  “ I ordered the stadium for free in the attached shops” and on the side Bugs Bunny with a basketball.  They weren't lying, you were coming home with the little pitchita under your arm.

Actually,  it was a piece of pull-out cardboard,  but what  adrenaline  produced us. I remember my cousin coming to my house to play, each one would throw out the dolls he had collected and started the game.  The Daffy Duck, Coyote, Tasmanian Demon, and even the amazing Lola Bunny . Also, there was the small version of  Michael Jordan  himself and other members of the  Looney Tunes  litter. However, the collection was not complete without the  Monstars , the team of the bad guys.

The nineties were running and Michael Jordan had already become a  gigantic star of sports worldwide . But with that statement we stay guys.  Jordanmania climbed so high that a culture was created around it . Everything he promoted or led made it cool and popular.  In that context, the head of the Chicago Bulls signed with Warner Bros to star in a film production .

So, in  1996,   Space Jam  was released, a film that  combines real action and cartoons  . Immediately it became a furor and as if not.  The Looney Tunes appeared playing basketball with Jordan to delight us!  Clocks, posters, t-shirts, dolls and any product you can think of to profit from them came out. Neither slow, nor lazy, the  national mega-food company Paladini  made an arrangement for its  sausages  to become part.  That way, we had the possibility of imagining ourselves throwing the hoop while we ate alto pancho .