The chestnuts became a nostalgic memory of that Buenos Aires yesterday. 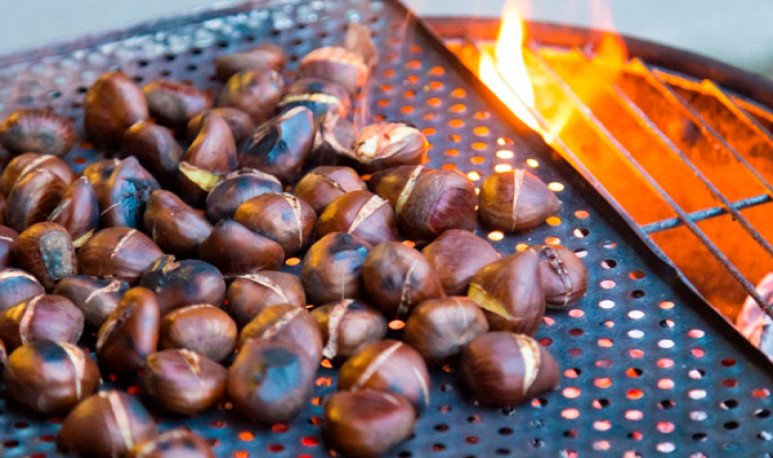 The chestnuts so common in Europe, had their glory hour in Buenos Aires.  They sold them on the street, heated in small ovens with burning coals and in bars, served in plates. When peeled, they gave off a unique and unmistakable aroma, establishing themselves as a recommended companion of draft  beer  , served in large glass glasses Thick with handle, chops. They could be tasted in the summer, on the streets of the city center, in an oven placed on a small table, where a woman prepared a paper cone by placing half a dozen chestnuts. It was also consumed in households, sellers offered them from door to door. But it was necessary to cook them, then appreciating their gentle aroma.

While in Europe the habit of eating chestnuts persists, in  Buenos Aires  it has long disappeared. The garrapiñada, its porteña version, was made with peanuts, especially in the autumn and winter season. In a tricycle with brass box, a  kerosene heater  was mounted and in a copper bowls, water, sugar, peeled peanuts, a few drops of vanilla and stir with a wooden spoon. Its scent was catching, both for children and adults. It was sold freshly prepared in cellophane sachets at a price of 10 and 20 cents. There were few sellers of garrapiñada, but they were found at the exit of football stadiums, circuses and  the zoo . Today they have multiplied and not only use peanuts, but almonds as in Europe, and other equally exquisite seeds. But the smell of the garrapiñada we know, is linked exclusively to peanuts. The chestnuts became a nostalgic memory of that Buenos Aires yesterday.