Home People Nostalgics Cacano Bar, bar bands and something else

In the 2000s, it was the rock bar par excellence. Figures like Charly García or Juanse shone on stage. Some irregularities caused its closure. 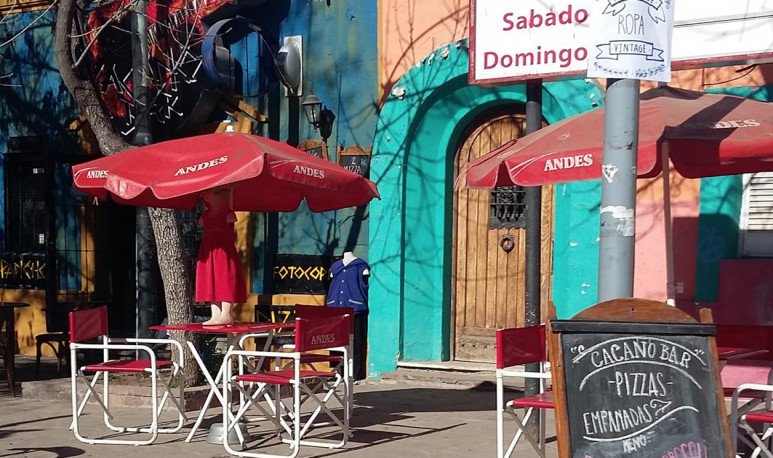 One of the corners of the historic Plaza de  Chacras de Coria , hides some anecdotes related to rock, night, music, party and some behaviors that are beyond the rules. That corner looks,  today, like an old house  that has deteriorated over the years, but if you approach its walls, the chords of “Demolishing Hotels” or “Cat Rock” still sound. Hymns of our rock that were once heard on the stage of Cacano Bar.

In Mendoza, it was known as  “El bar del Cacano”. It's just that's the nickname the owner of the house is known with. Actually, it all goes back to the end of the last century, when the Cabanillas family adapted for an ice cream shop and then a sandwich shop . In any form, what was never missing was a rock recital. At that time, they were made outdoors and at the same level as the public, because there was no stage. Bands like  Alcohol Ethyl  or Los Raivan Perez were pioneers in playing their instruments at Cacano Bar.

Years later, a salon was built with a bar and a stage. It was all armed for the arrival of the great.  But the touches at Cacano Bar weren't conventional. They were rarely advertised by day and time. But, you had to be vigilant because at any moment Charly Garcia, La Bersuit or Los Tipitos could jump to play any night . Generally, Cacano Bar was a space for the third time. A band with a defined playlist has hardly been uploaded to that stage. The theme was to improvise and sometimes share the stage with another musician on duty, such as Felipe Staiti (guitarist of  Los Enanitos Verdes ) or Goy Ogalde (Karamelo Santo).

Among the special nights that are remembered was the one in which Fabiana Cantilo and Javier Calamaro coincided, the day that Boca played the final of the Copa Libertadores, they all ended up in the hospital because one of Cacano's friends had cut himself with a glass. For a long time Fabiana Cantilo was lost in downtown Mendoza, Cacano found her and she convinced him to get on a traffic and take the route to a town of Cordoba, Capilla del Monte.

Permanently, with a frequency of a few months,  Cacano Bar was closed for failing to comply with some hygiene and safety standards,  according to the Municipality of Luján. In addition, the neighbors complained about annoying noises and quarrels that, almost every night, were on the outskirts of the bar, that is, in the Plaza de Chacras.

In 2010,  the bar was closed once again, although no one knew it would be the last.   Not because it wasn't closed again, but because it never opened its doors again. The Municipality considered that the bar never met the necessary requirements for its reopening, so that rock and artists from Mendoza and national did not ring again between its walls.

Alejandro Cabanillas, owner of Cacano Bar, known as the “Cacano”. He has been involved in multiple acts of violence and controversy in recent years. Some point it as who was in charge of raising the money from “the trappitos”, that is, the caregiacoches. But that's not all, because, if that were not enough, these days,  Cacano has been charged with   gender-based violence . Justice is investigating it, and so, the dream of reopening the bar doors has vanished.