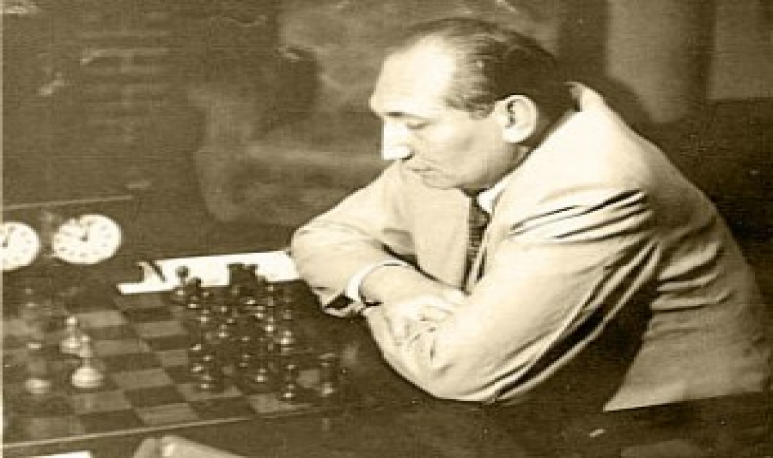 In August 1939, on the eve of World War II, the Torne de las Naciones de los Naciones de chess was developed in Buenos Aires, with the participation of the best players in the world. Before the end of the Tournament, the War began, which prompted a good number of select representatives of the science game to decide to stay in Buenos Aires; some transiently, others until the end of the contest and a third group definitively, adopting several of them Argentine citizenship. They contributed greatly to improving the quality of chess in the country, promoting interest and the study of tactics and strategies. It was a single, non-repeatable opportunity that enabled Argentina to become a first-line chess power during the 40s and 50s, demonstrating it in most major tournaments. The decisive contribution of Miguel Najdorf from Poland, Erck Eliskases from Germany, Gideon Stahlberg from Sweden, Hernan Pilnik arrived earlier from Germany, joined the local Oscar Panno, youth world champion in 1953, Julio Bolbochan, Raúl Sanguinetti and others, allowed to integrate a set of remarkable force that catapulted to chess to the close-ups. European players actively participated in local tournaments in Buenos Aires and Mar del Plata, ranking their level. The possibility of constantly having to confront first-class opponents, forced the locals to deepen the study and analysis of the matches. The result was that Argentina ranked among the top three places in the international competitions, along with Russia and Yugoslavia. The newspapers “La Prensa”, “La Nación”, “El Mundo”, the magazine “Leoplán” and the newspaper “Clarín”, published the games that took place in the Argentine and international championships, which were very helpful in the analysis processes. The 1940s and 1950s marked the consolidation of the best Argentine chess of all times, a real national pride.

Your age in your hands