Alejandra Cedres and José Antonio Olivieri are the owners of the antiquarian Olivieri, a nostalgic, antique and “weird stuff” local, the first and only in the city of Comodoro Rivadavia. 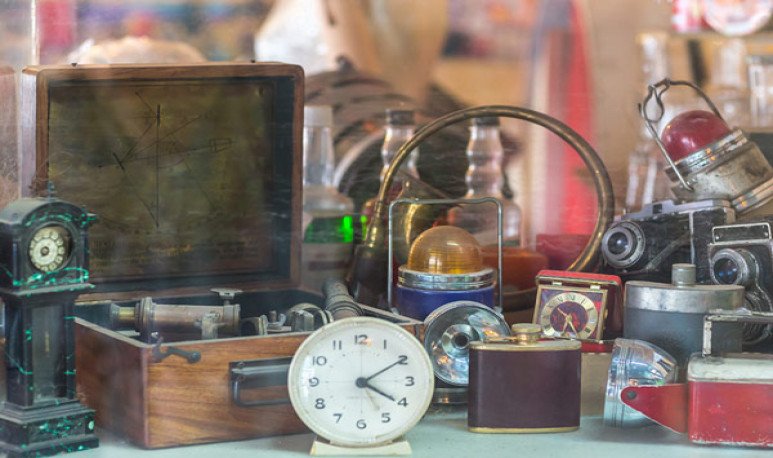 One of the things people can't take off is  memories . The   nostalgia   of the past tense is always present: a relative, a square that is now no longer, a friendship or objects and toys of childhood and/or adolescence.   The antique dealer “Olivieri” invites you to remember and embrace yourself with such memories.

The place is part of the daily life of the  oil city  of  Comodoro Rivadavia  , the m largest in the province of  Chubut . For seven years they invite you to recreate old sensations from the past. Alejandra Cedres and José Antonio Olivieri are the owners of this nostalgic, antique and “weird stuff” local, the first and only in the city that has just turned 120 years of life.

Antique siphons, cameras, radios, tableware, furniture, objects of decorations from other countries and various eras, toy. Particularities that often pass more affective value, memory, than the material from which it is made. A doll like the one that many of the grandmothers have in a room of the house, plates and glasses of various sizes and meanings: you can find everything in the business located on Sargento Cabral Avenue between O'Higgins and Mendoza, next to the west cemetery.

For almost 10 years they have been responsible not only to sell and buy objects, but also stories, affections and nostalgia. Cash registers from old stores or supermarkets that no longer exist, bicycles from the 40s or 50s, and uniforms of all kinds. Everything can be seen and found. 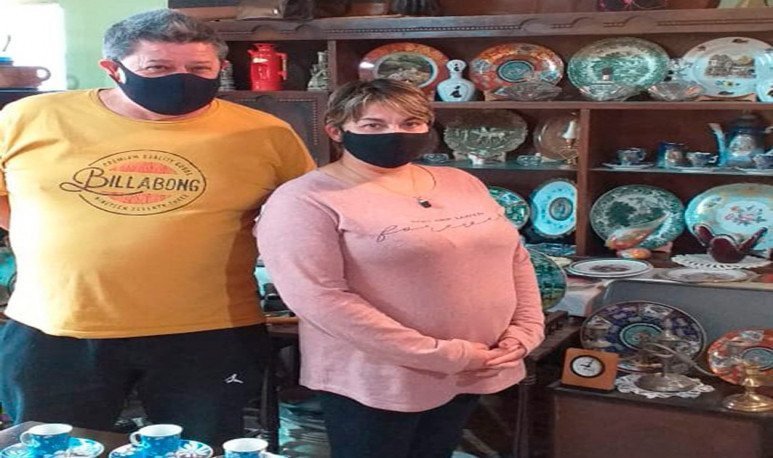 Alejandra and José Antonio are in charge of looking for new items to have there: he takes care of all the management of finding and closing deals with sellers from all over the country. From further south to   Jujuy , although the top is faced by residents of   Rosario ,  Córdoba and  Between Rios  .

“We were seven years ago, we started in a very small garage; we started bringing few things and we grew a lot. Today there is everything in our fanpage; we show many of the things we have sold which represents a kind of control for us,” both owners comment and add that when selling, they have a sense of sadness because it also represents a bit of their nostalgia: “It is difficult to get into items to offer them later. At   Comodoro   we don't usually buy anything and we just take in consignment or trade some things with people for a matter of speed.”

“We had exclusive things that we may not find again.” In recent years and the pandemic has accentuated, that the old regain another meaning: either because we have stayed at home contemplating what was happening and thinking about the past, children and memories in families.

Alejandra comments that they recently sold two old bikes of English origin: “A boy came to look for her for his grandfather who was a restaurateur. We're talking about bikes that are from the year 50 and early 60. We fell tears. There was another retired lady that her family had a similar bicycle but they didn't lend it to her. He came and bought it for him, I didn't want to touch it or anything, it was just to have it.”

The sale is not only that: both owners differ from any other business because they find out the history of this object, to be able to have luxuries of details everything that implies and means; where it comes from, where it was used, what was used: a comprehensive explanation to tell it with the same passion for the future due to the future. ño.

The audience is varied, of many ages: some are curiosity to imagine past times, others for knowledge and wanting to remember it.   Comodorense   nostalgia can be seen through everything that Antiquarian Olivieri has: “It is best to meet people, discover something new every day, something that you don't know & iacute; ace. There are customers who just come to chat, see how we are and it's very nice, the human part. It's a walk in time.”