Beer gradually took up the vacant space in the everyday life occupied by wine, that which was drunk at meals, not on special occasions. 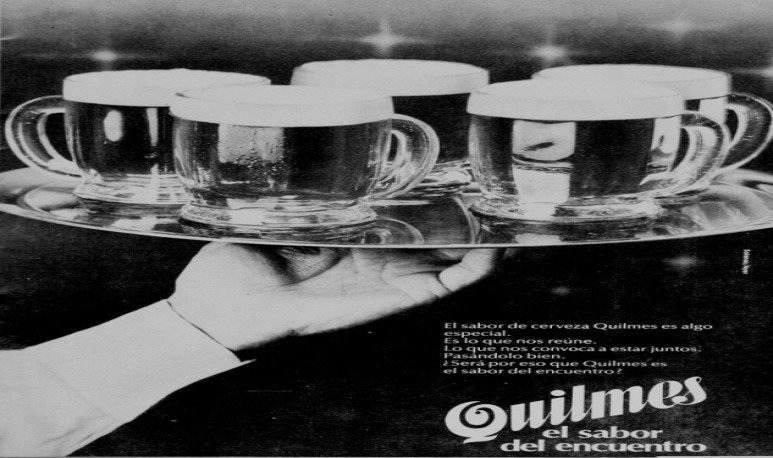 It was the beginning of the 1980s. In Argentine homes, an old companion was disappearing: the table  wine  would leave so as not to return again. We talked about the common wine, the one that was drunk at meals, not on special occasions. A segment that had been for decades that of powerful advertisers, with strong advertising investment.  Radio , public roads, graphics in newspapers and magazines and then television were the scene of memorable campaigns.

But the world had changed and a lot. Already the figure of the father who came to lunch at noon and the mother who waited for him and cooked for the whole family had changed: the man worked all day away from home. And the woman, in most cases, too. The wine was gradually relegated to be a drink of moments out of the routine. Beer gradually occupied the vacant space in everyday life.

Quilmes , the most traditional brand changed advertising agency several times at that time. In one of those changes, around 1982 it was Solanas/Yesterday that attended her. The theme of friendship, happy group consumption, as so many times, was the axis. Until someone had the thought and so was born the lasting slogan “The taste of the encounter”. The years would pass on to other agencies, and situations of all kinds, reaching the point of personifying him with an alleged and demanding Elsa Bor of the encounter, due to the creativity of Agulla & Baccetti. But everything had a beginning and that principle was that spark that would remain for decades. Its creator also left his mark and not only in advertising, but as a comedian and journalist. His name:  Jorge Guinzburg .