Why do we choose him? By illustration, in the style imposed on American advertising and publications of the decade. 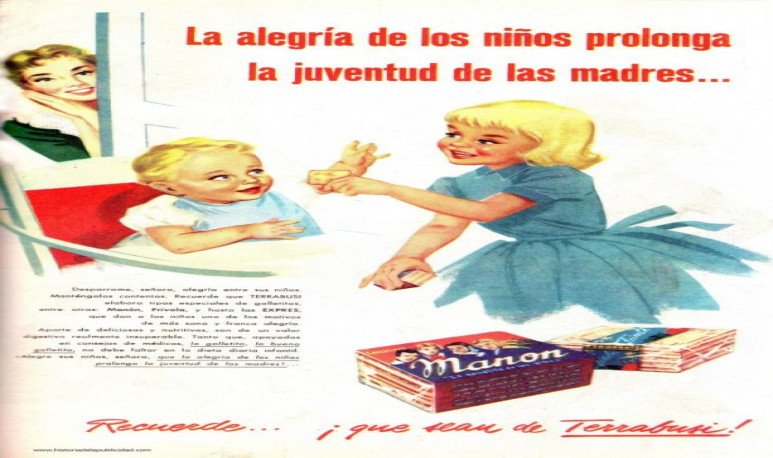 Why  do we choose him  ?  By illustration, in the style imposed on American advertising and publications of the decade. Unsigned, as gradually became widespread, except in the case of recognized illustrators. A classic drawing, with some formal finding like the resolution of the skirt.

On the other hand, the presence in the title of an “Insight” (type of conduct) as it would be called much later. That is, use an idea that refers to an audience experience.

It attracts attention, in something linked to a product as close to the food as to the candy.