Home People Nostalgics A train to the south

In the last century there was a train that joined Mendoza from north to south. Few remember it, but the tracks, the sleepers and the abandoned seasons resist. 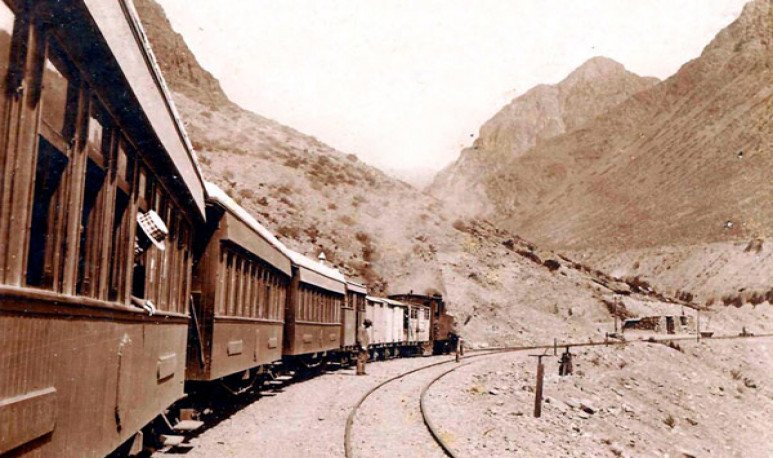 We have explained in this place, long and stretched, that, for Mendoza,  trains are an attraction,  especially for the youngest. When we travel to Buenos Aires or other cities, moving by train or subway is an adventure. It's just that we under 40 never walked on this kind of transport. However, those who comb the most gray hair did, and a lot.  In the last century there were several trains that crossed our soil from north to south and from east to west.

That train that joined the capital city with the south of Mendoza, from day to day, stopped circulating and so the tracks were silent and the stations empty with people, but full of memories. It's been about 40 years since it stopped working.  It was a car emotor that, for decades, traveled hundreds of kilometers between Mendoza station, on the side of Las Heras Street and Colonia Alvear (as it was known before being a city), in the southern end of the province.

There were two daily frequencies, one in the morning and the other in the afternoon, and it was the medium chosen by the hundreds of railway employees and their families, who lived on the sides of the tracks in the localities of Palmira  and Monte Comán. It was also the “most economical” means of transport used by students and soldiers.

Initially, the car used Ganz BAP trains, of Hungarian origin, diesel with 6 cylinders and 310 HP at 1,450 rpm, which reached a speed of 120 km/hour, although, in recent years of operation, they were modernized with Ganz Máveg units, as mentioned in its Andrew J. Blistein trains.

At those stops, some were getting off, while others would climb into the wagons and looked for their location in the fixed and most comfortable seats, thinking about the long stretch that separated them from the final destination.

Today not only do  the roads appear deserted, silent and covered by land, weeds and garbage, but abandonment came to occupy the seasons as well.Almost all of them are clandestine usurped by up to ten members of the same family. Thus, the traditional station built with exposed brick in the 30s, in the best English style, today is “enlarged” with nylon, woods and even walls that show many needs.

After walking almost a hundred kilometers, the car recharged water in Las Catitas and then, to the surprise of many, in the opposite direction it was heading south. And so it crossed a wild and dusty pampa (the land slipped through some badly closed window) passing by Pichi Ciego, Comandante Salas, Ñacuñán (Aguila Blanca, declared a biosphere reserve, where there are almost 13,000 hectares of carob trees), Aristides Villanueva and Guadales, where the   sanrafaelinos  had to transfer to another unit that would leave them in the “heart of Mendoza”. The rest of the passage continued its march to reach the towns of Monte Comán, Real del Padre until Colonia Alvear, the end point of the route.

But, at that time, each station dressed up with curious ones, with greetings and hugs between those who arrived and others who rushed on the train. A completely forgotten postcard, which only lives in the minds of the most  nostalgic  and memorious.