Home People Nostalgics A journey in the Cuyanita

A journey in the Cuyanita

For 50 years, he sailed the lake of General San Martín Park. But one day the Cuyanita was over, burying the entertainment of both adults and boys. 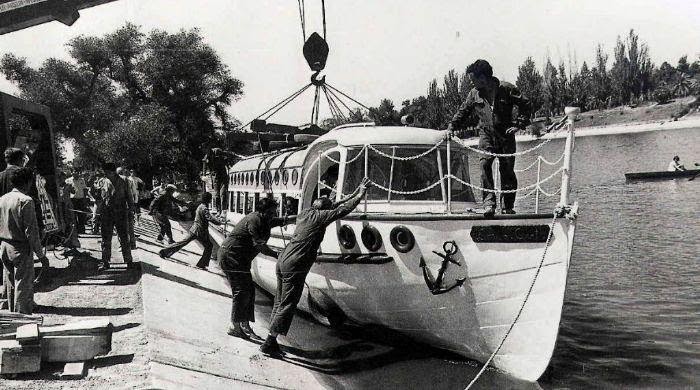 The Park, located in the City of Mendoza , has been and is visited by its own and others since its foundation, at the end of the XIX century. Trees, forests and mountains are part of what you have to offer. However, where people spend the most time contemplating and admiring its majesty is in front of the lake. Today, people are wondering what it would be like to navigate those waters around that landscape. Yesterday, that question had an answer: in the Cuyanita.

It is a small ship that arrived from Germany during the First World War. It weighed 5 tons, with a hull of 13 meters in length (length), and a capacity of 40 people . At first he walked through the Paraná Delta, then settled in Mendoza. The first trips that Cuyanita completed in Lake Park were during the 20s, mostly with its full capacity.

Years later, dark times came for the little boat. Victim of vandalism, the Cuyanita fell to less, although always repaired by the State for its implementation. Already in the 70s would come the last chapters of the novel that had been read by all the Mendoza. One of the men in charge, pressed by the cold, decided to turn on fire inside to warm up. Anyone can imagine the end. Fire in the Little boat, end of the Cuyanita.

Therefore, when one Sunday afternoon we walk the sidewalks around the lake, we hear the anecdotes of the memory parents who tell their children that once, in that mirror of water, a picturesque little boat was sailed, sustenance of the joy of adults and children: that little boat was the Cuyanita.