The Facebook group “Ancient Photos of Tucumán” makes the Tucumans travel to the past, through unpublished photos and videos. It's quite a success. 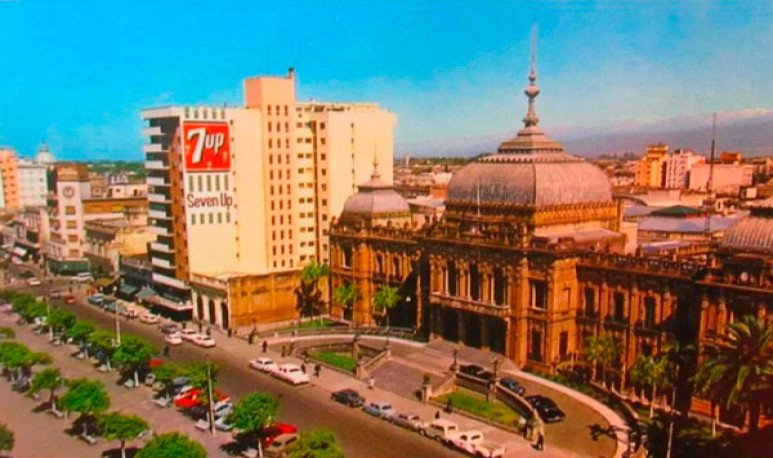 In the course of the quarantine,  tucumans  take the opportunity to travel back in time through photos, videos and stories told by the members of the group “ Ancient Photos of Tucumán ”, a Facebook group that became a viral phenomenon. In its history, its administrators specify that it was created on December 12, 2016, and currently has 36.5 thousand members.

With a simple slogan, that of publishing old photos of  Tucumán , the members, each time they look at a new photo, express their astonishment; others are excited, and do not stop consulting where in the city it was taken that image, as some show the progress that the province has made. On the other hand, in other postcards, the most outstanding ones, are those that demonstrate its splendor and retain the architectural  identity  of the province.

To the astonishment of the tucumans and tucumans who observe these images, there are still intact customs that take place in El Jardín de la República.For example, street vendors on the streets offering their sweets, umbrellas (when only two drops fall on the Tucuman floor), people strolling around the  emblematic  buildings of the city, among others.

It should be noted that, when a person requests to be part of this group, the administration clarifies that “the contents that can be published must be photos and videos of the province at least from the last century.” And that exceptions will be made “only when what is shared allows us to elucidate questions relating to our past.”

The striking thing about this group is that anyone can be another member and is free to make their contribution with old images or videos that portray the landscapes and customs of the past. For example, we can see in    Ancient Photos of Tucumán  , dirt streets, horses with wagons, people circulating around Independence Square dressed in costumes of that period, and many more postcards that, every time you see them, make you want to continue exploring the oldest posts that were made in the group. In this way, tucumans travel back to the past, thanks to this initiative that was very well received by the community.

In this instance, it should be noted that many of the posts are made with documents disseminated by specialized public agencies and institutions, such as the  Historical Archive of the Province of Tucumán  and the  General Archive of the Nation  . The remaining posts are made by the members of the group, with black and white photos of their relatives, a treasure stored in some drawer of a furniture in their homes and that now take prominence on this digital platform.

In this way, the tucumans are impregnated with stories that the members comment on their posts.Also, they are informed about what those shops that bring experiences to the present on a fast journey through time were like. Thus, the users of this group are constantly interacting in these publications and, in each of them, more and more interactions are increasing, turning them into viral ones.

Undoubtedly, this innovative initiative is a success. When we look at the images it is like time stops for a moment, and questions of this kind arise: what would it have been like to live at that time?, what was economic life like in those days?Was the money enough?, were people more committed to others, or perhaps today there is more empathy?, among other trips that can take your mind by observing these images, which invite you to explore a past so distant and, at the same time, so close.