Mendocinos who catch in Gran Canaria

This Mendoza family has fallen in love with Spaniards since 2013 with its bakery and pastry. They create mouthpieces that “catch the senses.” 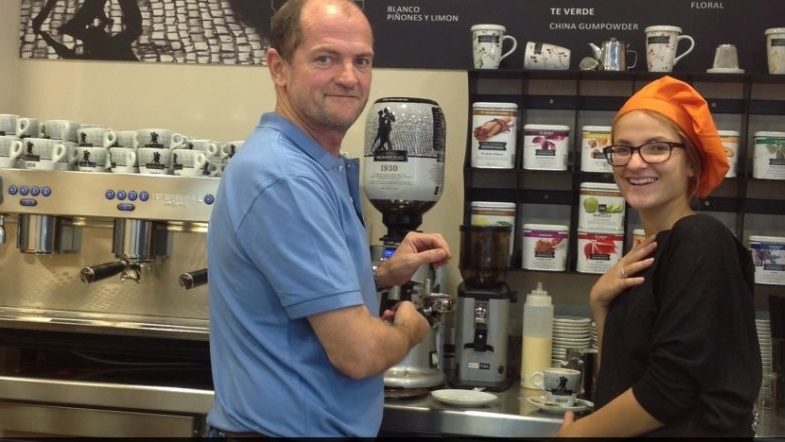 Paulo, Norma, Brunela and Martina. A Mendoza family that, in 2003, emigrated to the Canary Islands in search of a better economic and social transition. At first it was hard, not everything went as expected. Over the years they adapted, working in different areas, although always related to the commercial world. Finally, in 2013 they decided to start their own business. Since that moment “di Nardi” has not stopped growing. They already have 3 branches and business catering service. And, as the slogan says, in this bakery: “they create bites that catch the senses”. The key: a family business.

Paulo was born in Villa Nueva, Mendoza, and Norma in San Lorenzo, Santa Fe -Yeah. Life brought them together and formed a beautiful family . They have two daughters: Brunela and Martina. In 2003 things were not going well in our country. Years after the great crisis, but no prospect of much improvement. That's why they made that decision that many people don't dare to make. With the whole family and little daughters they decided to cross the puddle. There was a small house waiting for them to share among the 4, and a contact that did not help much. They had to fight it from below, on a small but beautiful island like Gran Canaria. And so they adapted and met the Canaries.

The success of di Nardi

That is why, in 2013 they opened the first branch of di Nardi, in Calle León and Castillo, with total success. Their kindness and sympathy distinguishes them from the competition. It's the Argentines. most beloved of the whole island. Offering something different than usual, such as the Argentinian custom of the soda cup accompanying the coffee. Thus, over the years they opened two other branches: in Venegas Street and in Avenida Marítima.

The Nardi arrived in Las Palmas de Gran Canaria to look for work, but they ended up being the ones who offer it. To persevere. For setting a target and not stopping until it is achieved. But, above all, for sticking together at all times. That's how they catch their dreams. We are Mendoza, not Chilean
Mountain bike along the Chacras Trails
The Conservatives
A journey in the Cuyanita
Hugo Marcel, a Buenos Aires tango
They warn that neurodegenerative diseases will increase exponentially in Latin America
Unforgettable characters: The “Facha” Martel
The Way of the Year