Home People The cultural alternative to the crisis

As Serrat and Benedetti said, “The south also exists” 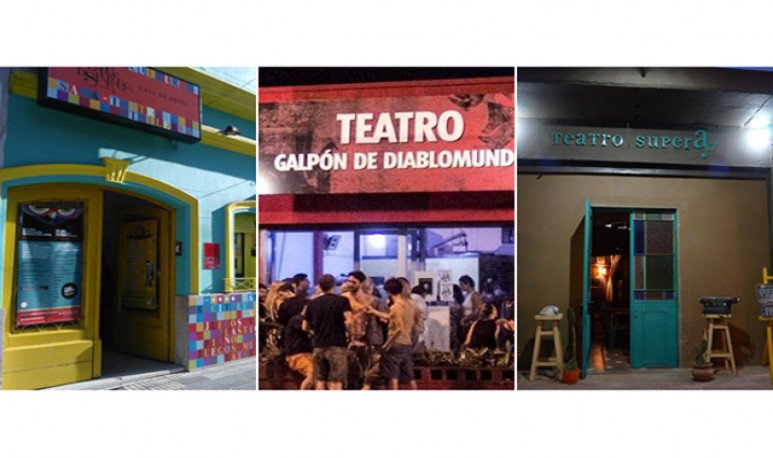 In these times of crisis it is common to disjoin, keep and make nest at home and get lost in some series. But it is at this time that it becomes necessary for the body, mind, soul and spirit, to get together, get out and get caught by artistic contents that make us think. In the southern conurban of Gran Buenos Aires, just 40 minutes from the capital, there is an abundant and unknown offer to most. The South Theatrical Network brings together dozens of theatres and cultural centers that offer a proposal as varied as economic and accessible. Musical groups, actors, playwrights, clowns, dancers. Varietees and Milongas. In addition to courses and seminars on how much artistic discipline they can think of. In most of these spaces, in addition to a very accessible entrance or cap, there are law firms with homemade meals and friendly bar. The corridor that determine the Banfield, Lomas de Zamora, Temperley and Adrogué stations of the Roca Railway and the avenues Hipólito Yrigoyen and Alsina (or Alte. Brown) that embrace their rails, frame the geography where magic occurs. At the  Teatro de las Nobles Beasts  , for example, every Friday night, the Teatro Kabeza offers its hilarious varieté with an impressive turnout, while other days it is inhabited by others theatrical proposals. In the  Galpón de Diablomundo , Leila and Quique , they propose from original plays, to milongas and recitals.  Matías y Flor , in front of Casa Puchero propose workshops and  Espacio Asterisco  is characterized by slams (competitions) of poetry,  El Nido  has a refined proposal oriented to workshops and musical cycles and a distinguished cuisine in its architecture house German.  Ceta Teatro Concert , in addition to its shows, is known as a generator of new talent, as is the Banfield Teatro Ensamble , from which award-winning shows have come out. Complete the offer,  Centro Cultural Bijou ,  El Refugio, El  Padilla ,  Teatro Superá and  Cultura del Sur (venue for recitals and festivals), to mention a few more.If it is music, La Rumbadera ,  Welcome to the Computer ,  Pampa Trash ,  Percussion Riot ,  Manu Quintans and  Facundo Galli , are representatives of the southern heartbeat that makes itself heard. Muralists and painters such as  Flor Menéndez ,  Jorge Aranda and  Martín Soubiate . Dancers and choreographers such as  Gabriel Gerriero ,  Giselle Dana and  Cecilia Cisi give us a melting pot of possibilities when looking for alternatives to Netflix or mainstream shows. You know, as Serrat and Benedetti said: “The south also exists.”