Home People How we talk Where do the words “boludo” and “pelotudo” come from?

Few words are as used by Argentines as “boludo” and “pelotudo”. But it's not so common to know where they came from. Let's make a little history. 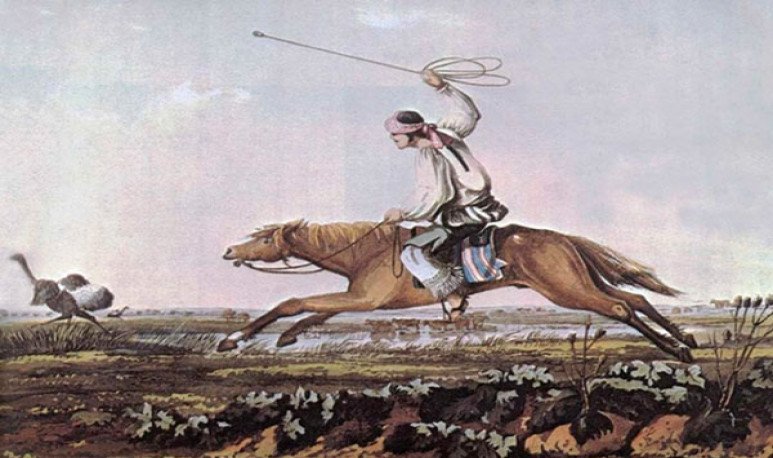 Few words are as used by Argentines as  “ boludo ”  and  “pelotudo”  . But it's not so common to know where they came from. Let's make a little history.

In the wars of independence,  gauchos  (also known at that time as “  montoneros  ”) were very numerous in the ranks of the independence army (for more information on how they were treated, read the    Martín Fierro  , they're going to be quite outraged, or so I hope). In front they had the realists,  one of the armies with the most warlike and economic power of the time . Our gauchos walked in underpants (also known as “chiripá”) and colt boots, which left their toes in the air.

But the dress was not all the disadvantage they had, to this advanced army, the proto-Argentines fought with  balls  (big stones with a groove to tie a leash),  balls  (later known as  “ boleadoras” ) and facones (at best tied to a tacuara to achieve an improvised spear). Hardly anyone had firearms and the ones that had been old or were not walking  (doesn't it make you remember Falkvinas a little?  ).

Well, the fact is that the gauchos were formed in three rows: the first was composed of the  “pelotudos”  (those who used the balls we mentioned just), the second, by lancers (tacuara and facon) and, the third, as you may already imagine, by the  “boludos”  ( boleadora or “balls”).

Combat strategy can not be more precarious, but, with Monday's diary, we can say that it was effective: when the Spaniards carried the horses, the pelotudos waited for them (mommy, what courage!) and they hit him with the “ball” on the animal's neck or chest, which caused them to fall. There the lancers intervened, who, taking advantage of the fall and the confusion, strung them to clean faconazo. Now, if this is the origin, why do we use the word as an insult ?

To find the answer you have to travel a lot in time: until the 90s of the nineteenth century. In a famous speech, a deputy from the Nation said that  “we don't have to be pelotudos,” implying that it is not smart to go to the front without strategy or let yourself be killed like this because yes (“for pelotudo,” we would say now). In fact, the first meaning of the term, today in disuse, was  “brave, courageous, courageous.”  From the massivization of the deputy's expression, the meaning “Saying of a person: That he has few lights or works as if he had them” was added to him.

“ Boludo”  came in addition: it was added to the colloquial use as a synonym for “pelotudo”. In both cases, the popular imaginary added the meaning of “person who has the genitals so big that it is hard to move easily” or, dry, “clumsy.” In recent times it has become what linguists call  “language shifter” , which is, in order not to complicate it much, a word with so many meanings that it no longer has any: depending the context can be  an insult, a vocative of affection, a hose, a wild card for gain time and think an answer, a greeting and even a compliment . What is said, a complete word.