Home People How we talk Tucuman language by Tik Tok

A young Tucuman is dedicated to using the most used words in the province, and she “explodes” interactions with that social network. 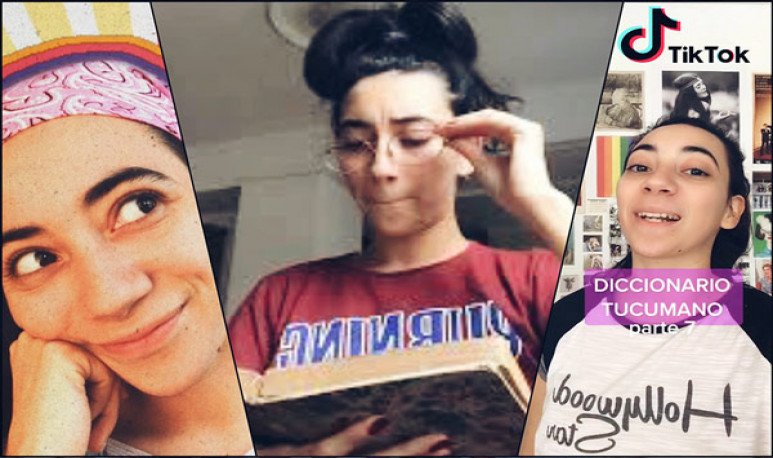 A young  Tucuman  is furious in Tik Tok for her funny videos using the “ basic ucumano t”. Known in this social network with user  @Lailuali,  she has explored the particularities of the language of the  Tucumans  , and her videos in minutes become viralized.

One of the words that is widely used in  Tucumán  is “mavé” which, as described by tucumana through his videos, is “our way of saying to see, for example, mavé ura correte of the mean or mave show me.”

Another word that Tucumans have very incorporated into their everyday speech is “cusifai”: “We use it when we don't remember the name of something. “'It's gone, 'our way of saying 'we're gone,'” explains the tucumana. Also added are others such as “chucho”, “arrimao” and “giriar” which are widely used in the province.

There are several words whose analysis the young woman faces, for example, “ura” , which, although it has a specific meaning, also lends itself to multiple language uses. The tucumana describes it as follows: “Its meaning in itself is the vagina, the shell, the box, but it is not used only for that, I would say it is used as the word “  itch  ” is used by the Yankees. Literally, we put the word where the pingo is singing. To send someone to hell, 'Suck my ura'. To refer to a friend or a friend without saying his name: 'How are you going, ura?'. When you hit yourself with something: 'Oh the ura!...'”. These are some of the multiple uses of the popular word that tiktoken addresses in its videos. Even taking into account its language variants: “We are so versatile with our vocabulary that sometimes, instead of saying  ura , we can say  ure .”

In addition, the young woman uses the word “pingo” in her videos, which is also very common in tucumans. In this sense, he explains that it can be used in many enunciations, for example: “That is not interested in a pingo of what I speak” or “what pingo you were doing when I called you”, “I don't care about having disapproved the matter”, among others.

It is true that many provinces argue that the  tucumano  is “poorly spoken”, because of the fact that we move away from the standards of the Royal Academy, and because of its way of expressing itself, but the truth is that the “tucumano bá sico” is unique and draws your attention, and that is why the tucumana is furore in the social network Tik Tok where thousands of users follow it and have fun in every video she shares with her followers.

In this way, the young Tucumana analyzes through this network the essential words of the tucumans. Ura, here, giriar, mave, are the most used, but there are many more that you can know through the videos of this tucumana tiktoken. If you haven't seen it yet, get ready to laugh until your belly hurts.