Home People How we talk They're babies, they're people, let's talk to them as such

We Mendoza love to talk to babies changing their voice and with non-existent words. Far from teaching them to talk, we confuse them. 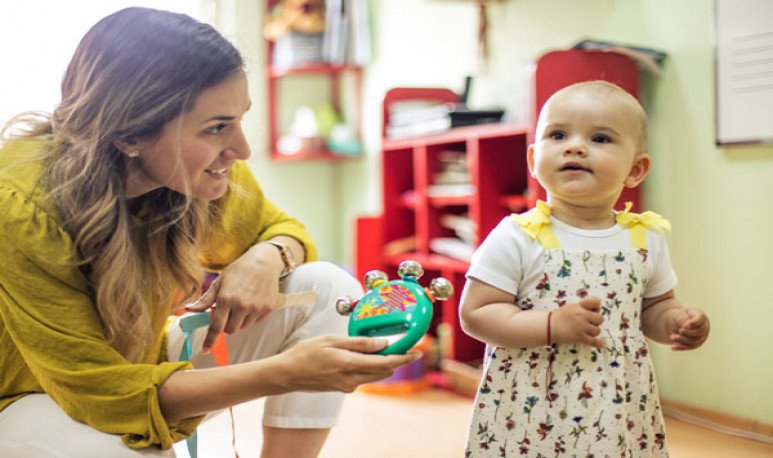 Surely it is a repeated custom around the world.  Adults often talk to babies differently. To sound more tender, as if changing the voice and speaking in another tone they could understand us.  However, Mendoza is subscribed to that custom. We even stretched it out more than the count. To the point that the (already converted) children come to look at us like saying,  “And what happens to this one that speaks to me like that?”.

In words it is difficult to define the faces and sharp tones to which  grandparents , aunts and parents themselves reach when talking to babies. I mean, they get scared.

It's the way, not what we say

We usually feel satisfied when a baby responds or turns by mentioning his or her name. We were satisfied we thought  , “How smart is my son!”.  Or: “Ha, the son of the Topo still doesn't even know what he's called!”. No sense competencies.

The truth is that it  is not that the baby knows his name, or that he understands the meaning of the word “no”, when we forbid him any action. Specialists claim that what happens is that there is a pattern that repeats itself in the intensity and tone we use when we mention those words. As always happens at times when we challenge the little ones, what warns them is our voice in that certain tone and intensity, and not their name or the word “no.”

It's also the words

But it's not just the tone and the ways of expressing ourselves, it's also the invented  words  that arise. We Mendoza love to say:

Tutu : word that refers to a car. Obviously, to a  toy car, those that every baby has because some uncle or grandfather gave it to him.

Tete : the way to call the pacifier . Obviously, the baby never gets to ask for it as such, but we insist on mentioning it that way.

Babau : every family that has a  dog , at the time of the arrival of the baby, many things arises. Coexistence, jealousy. And once the picture is settled, we try to get the baby to contact him, call him, to be interested. So we tell her that hairy four-legged thing is a babau.

Mema : here we can refer to two things. To the tit or to the breast. In both cases we are talking about milk. Babies usually light up smoothly. But when this doesn't happen, we do even the stupidest thing to get the little one to drink milk. That's when we say, “Do we take the mema?”.

Tuto : when something is very hot. The baby, fearless and curious, approaches the oven or stove. We say, “No. That's tuto!”.