Home People How we talk The words most used by Sanjuaninos: what do they mean “meek”, “yarco” and “julepe”?

In the province of San Juan, the sayings most used by inhabitants are not the only thing that catches attention, but also their phonetics. We tell you what they are thanks to an influencer from that place. 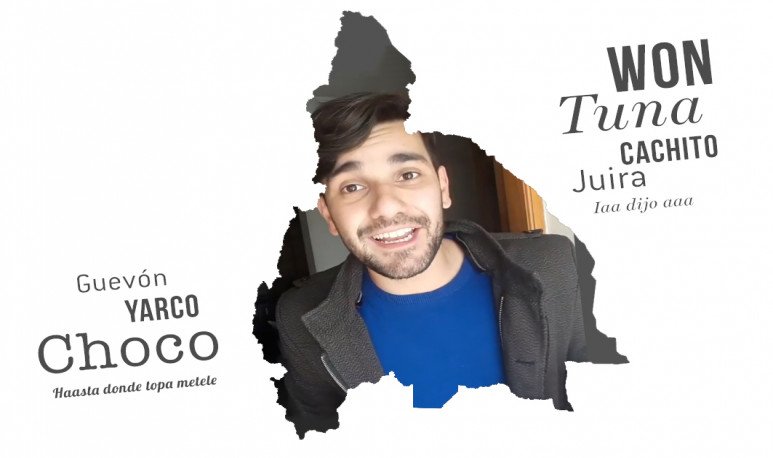 An influencer from  San Juan  teaches his followers a “Basic Course to Speak Like Sanjuanino”.  @mauri .nzc  videos have thousands of interactions on their  Instagram  account and quickly become viralized within the minutes you upload them to this platform. In one of them, he presents words and exemplifies them with their respective meanings. Thanks to these videos, we tell you the Argentine sayings that the inhabitants of that place use most along with the words they use in their daily speech.

Yarco or yarca - a disqualifying adjective used to refer to a  person  who, according to whom he says, is badly dressed or speaks badly. For example: “What a bow, what a bad thing that came to be dressed! “or “What a yarca, how bad he speaks! “.

Meek or meek: a qualifying adjective to say that something is rich, good, incredible, surprising, etc. San Juan says: “He has a meek house, a meek car, even the woman is re meek,” says the influencer in his video.

Cachito : the sanjuanino does not say “wait me a little while,” he says “wait a little bit”, or also, when they want to say something decreases, for example: “Mauricio, lower a little bit to  music ! “.

Juira : to say “out of here” to a dog if he approached him unexpectedly and frightened him to the sanjuanino.

Caiate : As we mentioned above, the Sanjuaninos to the “ll” replace it with the “i” when they express themselves, so they do not say “shut up”, but “caiate”.

In the phonetics of sanjuanino several vowels are added to the words, for example they say,  neeeeño, naaaaada que veeeeeer .

A heat is making : it is one of the most used phrases in the summer season.

Haasta where he bells put him: When a sanjuanino tells the friend how far he wants a drink to be served in his glass.

Iaa said aaa: A widely used expression when the Sanjuanino listens to something that he does not think is true.

And said : expression that means “I said.”

Finally, those of San Juan, when they speak, drag the rr, in many of their words and to the “s” they do not pronounce them, directly that letter does not exist for them.

These were some Argentine sayings and words used daily by the inhabitants of San Juan, if we missed any, do not hesitate to tell us, so we made a more extensive list and know them so that, once we visit the province of San Juan, we can understand ourselves a little better and, who tells you, we we get used to and go back to that meek province that many like so much.