Home People How we talk The universe of the poto

That's what we call the part of the human body known as “butt.” And, based on that word, a universe of expressions has been assembled. 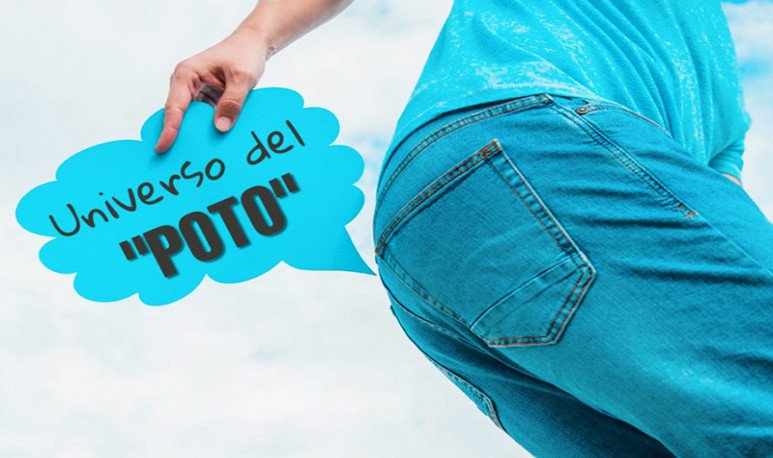 “Rear” is the formal palara, which is used in all Spanish-speaking countries. We all know what you mean.  However, in each country and region there are countless synonyms to refer to that part of the human body.   In Mendoza we say, among others, “poto”. Sounds a little more innocent and, at the same time, colloquial and popular. And, as is the case in all languages, the pot is used for an infinite number of metaphors and expressions that refer to pain, effort, guilt, etc. Here we present the universe of the mendocino pot.

First of all, let's define the word: Poto  (noun): butt, ass, anus, legs, senders, fret; bottom or back of a thing. It's a Mapuche voice (poto). While the mendocinas popular sayings and expressions are as follows:

It would be a synonym for the phrase “to pants removed.” It applies when a person says or does something unscrupulous, modesty or shame. One person was holding up with the things that fell bad about another, until one day he tells him everything. He speaks to him “a poto pelao.”

Take the pot out of the syringe

Applies when a person gives up on some life situation. It's similar to saying, “I surrender.” When a young man didn't study for the test, he's going to give up to get the pot out of the syringe.

It's just the respectful way of saying that something went wrong, or that someone went wrong in some task that he was doing. It is a phrase widely used throughout the country, but with the word “poto”, things become more Mendoza.

Walking with the pot at two hands

This represents better than any of the universe of Mendoza phrases referred to the pot. It applies when a person is very constrained by time or by some debt or whatever it was that someone may feel pressure to do something. We see that person is in a hurry and worried. Go with the pot in two hands.

Go with the dirty pot

A person who feels guilt for something. He knows he did something wrong. That's hiding something. He's in dark, parallel or illegal things. Then we say something is hiding, it has a dirty pot.

The pot was ruched

When you get scared about something, your pot is gathered. Because of a movie or because your son came too late from bowling.

Noun. It is the rubber suction cup that is used as a toilet opener and other artifacts.

It is a very basic playing card game, which is played at an early age, among children.