There is a word that identifies us Argentines in the world. However, at least in Santa Fe, it is increasingly used less. 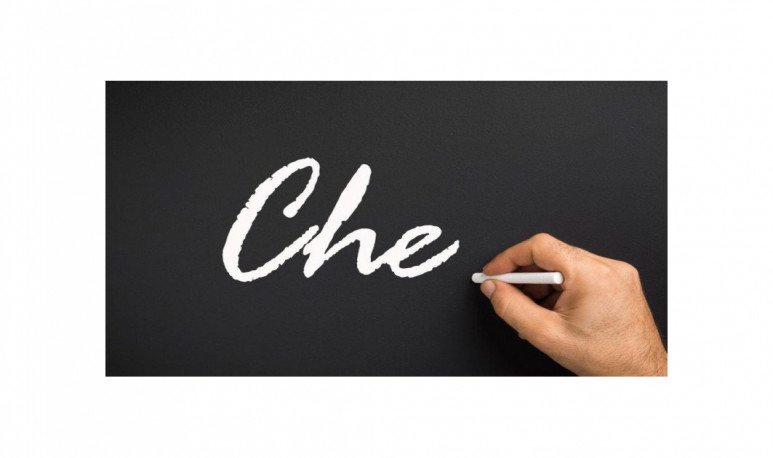 I think there is no doubt about what this small word is  so representative of the Argentine being . Just three letters, combined in a way that only we did: c, h and e. So, when the short word comes out of our mouths, whoever listens to us quickly guess our origin. Such is the identification of the word  che  with argentinity that Cubans changed the name to  Ernesto Guevara  to rebaptize him with  this unique Argentinism.

Now, at present, there is a harsh truth about the word  che . At least, I'm going to limit myself to its use on the ground where I move. To the city of Santa Fe. Here is, then, the thesis that I will present in this article. The word  che  , in Santa Fe, tends to disappear.

As hard as this truth may seem, it is nothing more than that: the truth.  Che  is not so frequent in Santa Fe that it is considered synonymous with argentinity. Surely it was much more in other times. Or even in other generations. Now that I think about it, my mom, for example, says a lot  more  than me. People my age and  younger people use it more in its written version.   On social networks, for example. When in a WhatsApp group we want to take someone's hair, we use phrases like “che, let Luis know it's time to get up.” But, I insist, when it comes to verbal communications, their use decreases. And a lot, at least, I insist,  on holy lands.

Of course, in a portal dedicated to being Argentinean,  there was a lot of talk  about our most representative word. So I won't bore them with repetitions, just a brief review to contextualize.

And what do they say instead of che?

Scholars say that the immigratory waves of the late nineteenth and early twentieth century give this word a complex origin. It is believed that this expression is actually older than the creation of our nation state and even dare to mention that it has been said by Arabs, Sephardic Jews and inhabitants of Valencia, in Spain.

There is also the version that awards  its possible origin to the indigenous communities in the north of our country . In the Guaraní language  it  means “me” and in turn it is used as the possessive “mi”.

Wherever it came from, nowhere did the use of the word che take as much form as in the conventillos and streets of Buenos Aires. That Argentine word machine that generated a whole  lunfardo dictionary.

I do not deny that this word is a pride of Argentines. And I love to say it. But the truth is, at least in Santa Fe,  che  is in danger of extinction. And I'm not talking about the ideas of the Rosarino revolutionary. I'm talking about the inevitable extinction of a word that is a national symbol.

The thesis is justified simply by listening to Santafesino dialogues.   In these social exchanges, when we emphasize or want to draw the attention of our interlocutor, there is another interjection that is even shorter and simpler than che. It's a very small word composed of only two letters:  hey .

So, the conversations you hear in Santa Fe include phrases like  “hey, old, remember to call...” or “hey, pass me the mate, don't hang up.”  And so a myriad of situations whose dialogue could include the word  che , but it does not.

Thank you so much, che. We will never forget you as an emblem of the Argentine being.