Tourists would use very well to learn the following list of phrases, so common in the everyday speech of Argentines. 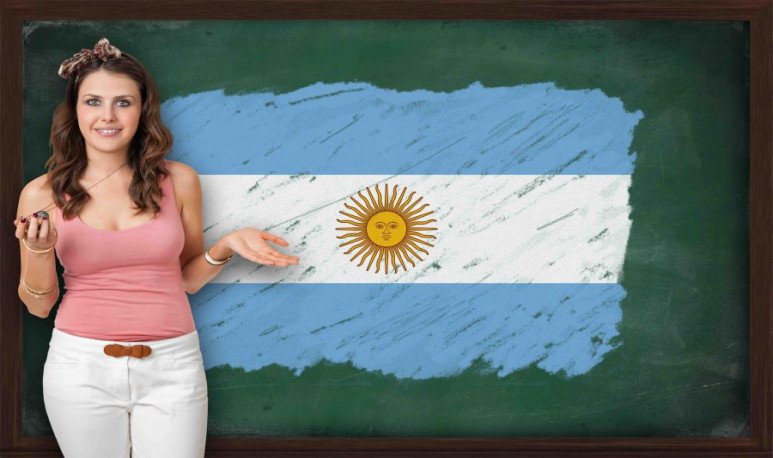 You're   Gardel   when you're as you want, when you don't need anything else. The expression used by  Argentines  implies being at the top, as will forever be the most famous tango singer in history. It is self-sufficiency and also privilege.

The compound phrase applies when, if you were comfortable and a stroke of luck doubles your profits, you feel the king of the world. Have the voice and the lyricist in the same person.

“The chancha and the chorizo making machine”

This is the case with those opportunists who want to get the most out, with the least effort. They want this, but that too, and for the same price.

On 30 June 1994,  Diego Armando  Maradona   retired from the United States Football World Cup with a nurse. The anti-doping control had tested him positive. It was the end of his career in the National Team. The 10, at the saddest moment of national sport, released that phrase that Argentines use to denounce that an injustice has been committed against us.

If an Argentine asks you to hit a tube, he's just offering you the possibility to talk on the phone. There is no intention of physical aggression.

Magoya and Montoto are surnames that Argentines use to say that we will not take care of what happens in the future.

They represent a vacuum warning. The story says that Montoto was an official at the Buenos Aires province bank who was very strict. That's why the saying was used, “Montoto pay you.”

“Be up to your hands”

The phrase has several uses: one of them refers to the sentimental situation of people, more specifically, describes the state of infatuation.

Although we also say that we are up to our hands when work demands us too much, and we don't have enough time to do everything we want.

“Being in the oven”

We say that we are “baked with potatoes” when there is a particular problem that does not allow us to advance on a task. Or when we messed up on some important matter.

There is no way out, we feel lying on the roast, bathed in seasonings and vegetables, ready to cook before the reprimand of the injured party.

Argentines are complicated: when we have no problems in sight, we look for them. We buy something with distrust, listen to people doubting whether they will be telling us the truth, and we see conflicts where they don't exist.

“Lost as a Turk in the Mist”

The streets of the City often represent a labyrinth that is difficult to get around. Although, some others, we get lost because we don't pay attention.

It seems that the origin comes from when in Spain pure wine (without water) was called “Turkish”, because it was not “baptized”. To be drunk was to grab a “Turkish” and what better image than a drunkard lost in the mist to describe that feeling of not hunting one?

“There's not your aunt.”

The atutia was a substance derived from the smelting of copper that served as a medicine for certain ophthalmological diseases. “There is no atutía” was the original phrase that, with the deformations of the phone decomposed of time, became this original expression that ensures that something no longer has a remedy.

“Do something 'of cayetano' or 'without lifting the perdize'”

It's a request for complicity. You don't have to disguise yourself as San Cayetano, or go to the religious procession on August 7. “De cayetano” means “in silence” or “without saying anything to anyone.”

“Let's not say anything so as not to lift the partridge,” is a suggestion not to provide too many details, so as not to allow other people to take advantage.

At the time of approaching the desired person in sexual or sentimental sense, Argentines “face” or “throw out the dogs”, to try to get a partner, either occasional or with a loving feeling.

“You grabbed for the side of the tomatoes”

If in the previous title you imagined an open field hunt with the help of fast dogs, “you grabbed for the side of tomatoes.”

The expression refers to a misinterpretation. You imagined a meaning of something they told you didn't correspond to the original idea.

Formerly the plants were separated from tomatoes because of their propensity to contract pests. That's why they were always away from the rest.

Argentines don't like authoritarian attitudes, when orders come from others! There is always someone who, in times of joy and delight, prefers to get serious and take on a policeman's own attitude.

Why is our habit of interrupting?