A lot of the tumbero vocabulary is used in the everyday youth speech of Santa Fe. Some keywords from this dictionary. 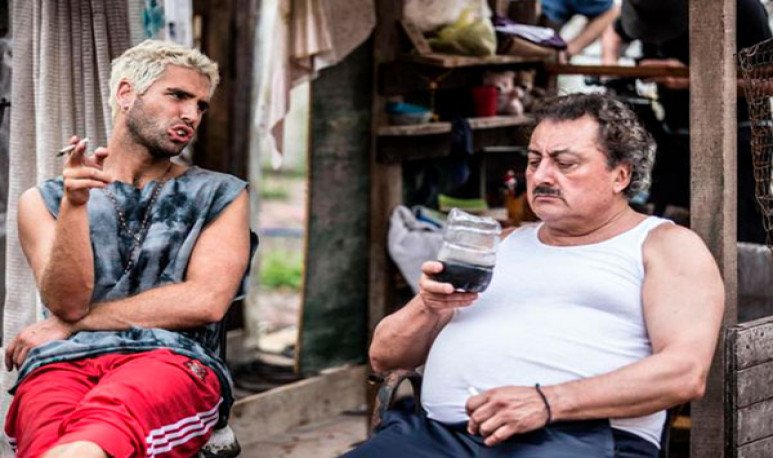 The idiosyncrasy of those who inhabit the city of Santa Fe, and the province in general, has some peculiarities that  we are not very proud of. Tumbero language is one of them. The thing about not being proud of a way of speaking, I'm not saying it for disdeserving a certain social group. It is because of the  socio-political context that allowed this transfer from a prison lexicon to everyday speech, mainly of young people . The truth is that today, in Santa Fe, many boys who never passed even near a prison choose to speak as a tumbero. What is more, they do children who don't even live in a marginal context. Speaking badly and soon, and using a derogatory term but which is common currency in Santa Fe: many boys who speak in tumbero are chetos speaking like black.

The Santafesino context that allowed this reality is a topic that gives to talk a lot. And some of this has already been said in Ser Argentino. Santa Fe is a province that, years ago, suffers a lot at the hands of crime. Much is about understanding why so many kids leave their neighborhoods to  chorear . We Santafesinos know that many of our boys grow up in segregation, in the lack of opportunities and in neighborhoods taken by organized crime. A crime that mainly has drug trafficking as a dark economic engine. It happens that all this doesn't work for a mother, a father or a neighbor who  was killed a loved one to take out a cell phone.

This is the reality that brings, every day, Santa Fe boys to jail. To “the tomb”, as has been said since the time of  Martín Fierro , giving rise to being tumbero.

To understand why of this “tumberization” of youth speech there may be several explanations. One of them is common to all of Argentina. The broadcast of series and songs made the dialect invented by the prisoners mixed with that of the neighborhoods.  Marginal, Tumberos and cumbia villera did their thing .

Today it can be said that the tumbero language would be a mixture of the villero language with the traditional lunfardo. Older prisoners refuse to use today's  pibe jet  terminology. And so words like cane, milico,  ortiba  and others persist.

In this note we will leave you some of the most original terms of talking tumbero. But the theme gives for several notes. In others we will tell you more about this prison lexicon.

Today,  the pen is the  head of the pavilion. Before that leader was called  poronga  (referring to the male sexual organ). The term pen refers to the chieftain, the head of the tribes who used them on his head. If there is a problem, the pen has to go out and fix it anyway.

On the other end, on the lowest level inside a prison, is  Valerius  or  lavataper  . There are no dishes in the tomb. Your plate is a plastic taper. The one who is sent to wash the dishes is considered a gil. He is also told, or said, Valerio: He is the one who cleaned like the domestic servant because he had to pay some sin.

There's a strong word: the  anticoncha . A character despised and rejected by the interns is an abuser. It's also a  violin . They are stuck and they go to the special ward because they are despise. Especially if it's  children 's. Those are told to  eat children  and are mistreated ugly.