Home People How we talk Take away

At the time of promoting a product or service, English phrases have gained ground. They're cancheras. Sounds better “take away” than “take away”. 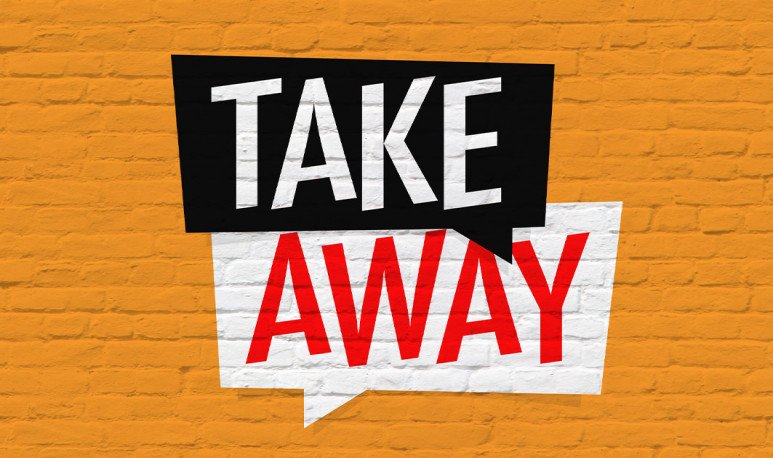 English is the universal language. That was the concept of many previous generations. And the truth is, they weren't wrong. Anyone who has been able to travel to a non-Spanish-speaking country will have realized that, regardless of the official language, one can communicate in English. Another resounding phrase is that “Chinese is the language of the future”. A future which, of course, has not yet arrived. It is true that the Asian giant is advancing economically and that its culture and its inhabitants are becoming more and more globalized. However, they are still far from installing their language with the popularity that English has been installed. “Take away” sounds better than “Dai zou” (dai zou).

Perhaps, for centuries past, with the Industrial Revolution involved and the transatlantic connecting and globalizing the planet, the English terms have been coined. And this came to our most recent and contemporary history.Thus, some terms emerged, which we review below :

But these are just a few of the dozens of examples we can cite, such ascasting, boom, staff, mail, co-working, trending topic, hashtag, like, influencer, fanpage, test or cash.

However, there are a huge number of people who oppose this idea. On the one hand, there are those who oppose this idea because of a generational theme.Many times, even the letters of a fast food store are usually in English, with some clarifications in Spanish . A person in years will not be interested in a “double cheese burger”, but in a “double cheese burger”.

But the motive is not just generational. There are many staunch defenders of our language, of Spanish, of Argentinized Castilian.They are strongly opposed to the installation of other language terms in our conversations . And, considering that language is part of the culture of any non-nation people, they are not at all wrong. These people will never buy a totake away loin.

The Argentine cartoon is him

He spent four months at sea for quarantine.

The hard is done, the impossible is tried