Home People How we talk Speaking of Rome...

The donkey is peeking out. An expression widely used in Argentina, but, in reality, it is replicated in much of the world. What does Rome have to do with it? 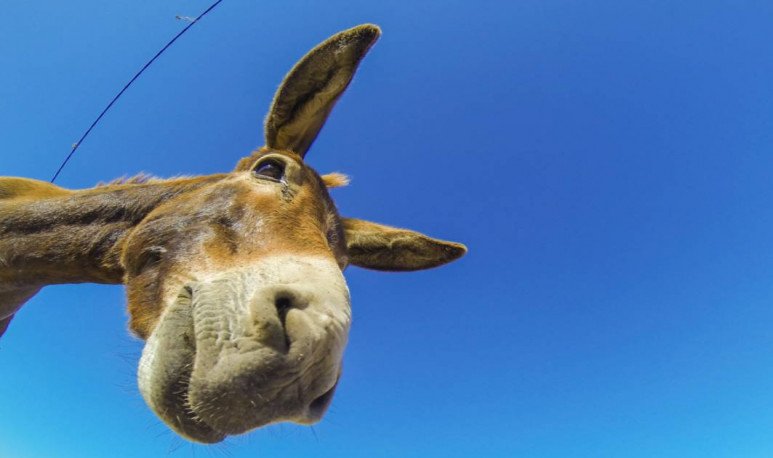 In a meeting between  friends , a work talk or a gathering with acquaintances, often the  topic of conversation is focused on a person . Sometimes, speaking well, highlighting her virtues and remembering great anecdotes with her. Others, “pulling out the leather”, focusing on defects and highlighting the negative of who is being analyzed by us. And the  weather   changes , the air is cut off just by looking at it,  Suddenly, that person, the protagonist of the conversation, broke into us . And some of the speakers, to break the ice, says:  “Speaking of Rome,”  and there is no need for anyone to complete it, it is a phrase that you already know what it refers to and for what purpose.

When we are  talking about  someone and this, unexpectedly, comes and joins the conversation, it is very likely that someone will mention: “Speaking of Rome...”. And, mentally, each will complete the phrase with the inevitable complement: “ ... the donkey looks out .” But  what does the city of Rome have to do with a donkey? Why is Rome mentioned and not London? Why a donkey and not a fox?

The full phrase comes to be: “ Speaking of the King of Rome, out the door looks out.” But in reality the expression was formed as a result of the term  “Ruin of Rome”,  since in its origin no  “king”  was used and that ruin to which the saying points was none other than  the Pope of Rome himself.

This had originated  in the 14th century, during the period of the Papacy of Avignon  (1309-1377), in which, to refer to the Pontiff of Rome,  the word ruin began to be used, which they considered the devil himself.  With the passage of time and popular use, it ended up making the rhyme adding to it the famous  “by the door looks out”.

Thus, the phrase mutated in as many ways as countries through which it spread. In Argentina, for example,  we have adopted the figure of a  donkey , as if to end up belittling who we are referring to the saying . In short, it would be: “Speaking of Rome, the donkey looks out.”

A ritual that reflects our society