In this new edition of how we talk we are going to unmask some strategies that we use in Cordoba to confuse and make our interlocutors laugh. 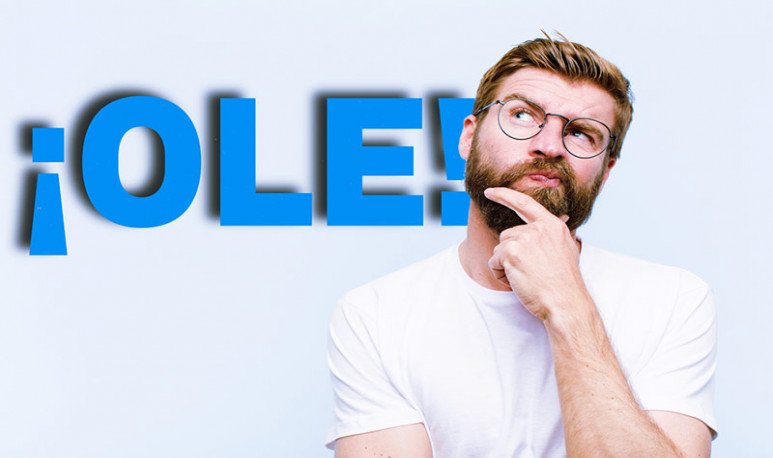 We are the kings of the quartet, creativity and pritiau arremangau.   We are recognized worldwide for  our tonadita,  that accent so captivating that it becomes  our distinctive feature par excellence.  We are the identity reflected in our language, our culture made word, our idiosyncrasy turned into saying.   We are this and what there is.

A little (or everything) of who we are is reflected in our way of speaking,  in our constant creativity in our appropriation of the Spanish language as active, and never passive speakers  . Therefore, the Cordovan speaking is constantly  moving, expanding, creating and transforming.   Because we seek to consolidate ourselves as a community that does not conform to what is given, because the rules are invented by us  and the gosta!  In this note we will tell you a couple of expressions that serve as a firm basis and give rise to thousands of more expressions... Get ready!

So only this term does not mean anything.  But it is used  all the time and for many purposes, accompanied by some adjective. The  “ole”  would function as  augmentative, exacerbating the meaning of the word it accompanies.   In addition, it is usually used with a hint of irony. Here are some examples...

The expression  “ole meno”  is used to  make it clear that someone is a little dislocated or exaggerated . The  “what I want it” means “what it was,” in short, synonymous with “what the hell” . This phrase may accompany you, to  express the state of concern generated by the situation.  For example, if someone falls in a very scandalous and shiny dress, the comment would be:  “Ole meno, what do you want with the brios.”

This expression means   “you are a heavy”  , comes from the  hard-soft semantic opposition, taking the hard with the meanings of  stubborn or stubborn that end up becoming an aspect of  negative intensity.   If they tell you  “soft ole” , the most solemn act would be  “closing the ocote”, because you are already getting tired of your interlocutors.  “ Ole soft”  has more or less the same connotation of  “ole meno.”   He just wants to express that  a person is very heavy.   That's why, with irony, we say he's soft. Actually, we mean  it's heavy!

There's even a band with this name!  It is an independent group of scenic funk-rock from the city of Córdoba.   The project was formed in early 2008 and features a self-titled album released in 2011. Ole Soft makes his recitals a party, with a fun composed of poetry, music, theater, humor and a strong interaction with his audience.

In this case, for example, it means that something is  “fazo”.   As it is used  with irony and sarcasm.  If you asked for a loin or a cordovan chori and it came without a chimi...  “Ole rich, culiau! , toy poisonau”,  the translation of this expression would be  “how ugly this food is, I'm angry.”  Because we already know that l chori without chimi is not chori.

It can also be used as a  chamuyo . The “ole” can be used  in any phrase and with any functionality.  But first you have to know how to handle it well, because so much diversity is not easily known. In the expression “Ole ugly ta tu brother,   ”   they mean they would like to be your sister-in-law.   Do you understand a little? Or don't you dawl?

Easy to learn Cordovan, culiau! It's harder than eating soup with a fork, huh?

But this does not end here, because you can't send the “ole” to any word, it's not used like that.  Although we don't have a defined rule to use it either.  The “ole” comes to show us that  Cordovan is not learned, it feels just , and as you feel it  you are learning those implicit “rules” to be a real Cordovan.

Ole soft with the Cordovan!