Home People How we talk Capable that the “che” is Guarani

Did you ever wonder what we Argentines have with the term “che”? Theories are several and the Guarani language is not left outside. 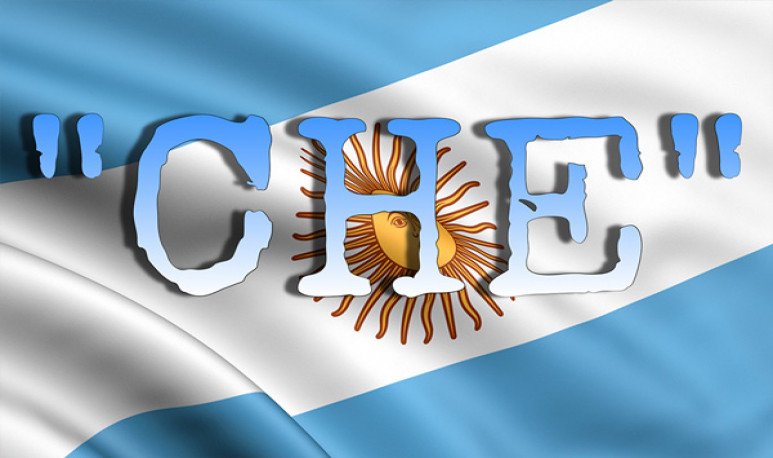 “Che, che, tell me why,” they sang Los Lice in “ Ghost .” We still haven't been able to trace its  origin  because there are many cultures around the world that adjudicate it to them.  What we do have certainty is that prayer changes with its presence . Another  statement  we can make is that  this is not a tribute to Che Guevara  .

It is one of the  most representative words of the Argentine people  and we use it for different purposes. In this sense, we invoke it if we want to draw attention or refer to someone. It would be like an  equivalent of saying “hey.”  However, according to the Royal Spanish Academy, it is also used as a manifestation of  astonishment and surprise . Let's continue to dig a little bit to draw our own conclusions.

The version that travels from Valencia

There are those who argue that  che  was born from the interjection in the Valencian lexicon to draw attention: “cé” . This is because accentuated in his joint would give a similar sound. One of the linguists who supported this theory was Venezuelan Angel Rosenblat (1902-1984). The expression would apply in examples such as “what thing, che” or “what heat, che” . However, not many agree that our expression comes from those lands.

There is a  hypothesis  that  checame from Araucano, the language of Mapuche Aborigines  , native to Chile and Argentina.  In that language that means “people”: “mapu che”, people of the  earth .  But this idea also does not end up closing within the field of specialists. It happens that there are no historical records that allow you to make that passage from  Mapuche  to Spanish and then move from “gente” to pronoun. Moreover, it is strange that he has left no trace in the Chilean Spanish, where directly the word does not exist.

Finally, we came to the version that interests us most. It states that the origin of the checan possibly be traced back to the indigenous communities of northern Argentina . In  Guaraní  cheit means “me” and is also used as the possessive “mi” . Therefore, “che irú” translates to “my partner”. Likewise, the current of thought is not crazy because the Guaranitic imprint in the region is often forgotten. This was due to the participation of countless Aborigines in the wars of independence.

So, when the Spanish soldiers went to their superiors, they said, “My colonel, my captain, my sergeant.” And when the Guarani did, they probably said, “Che captain, che colonel, che sergeant.” That is precisely the use that is given to it in Argentina. In addition, it is public knowledge that provinces such as  Misiones  and  Corrientes  belonged to Paraguay in antiquity.Therefore, once the territory was taken over by the Argentines, the natives surely infected them with those terms. Reasons that explain why to this day Guarani is used and even taught in those areas.

According to some linguists,  the multiple use of cheis not only in our country . In fact, it appears in various dialects such as  Valencian  and  Galician  . In turn,  it is heard in parts of Bolivia, Paraguay and southern Brazil . It is also apparently also present in  the vocabulary in the Falkland Islands/Falklands . Although the latter is not entirely corroborated. Rounding out: with which explanation do we stay?